2008 was objectively the worst year for movies in the 21st century. It wasn't so much that stinkers like "The Longshots" or "My Blueberry Nights" sucked the oxygen out of your local cinemas as it was the diluted barrage of mediocre independent films and marginal Hollywood formula flicks. I skipped seeing "Sex and the City" and "Twilight" just to give myself a small reward for having to sit through movies like "The Secret Life of Bees" or "Nights In Rodanthe."

Where cinema soared in 2008 was in the documentary genre. "U23D" blew audiences out of their seats while "Trouble the Water" gave a first-person voice to the tragedy and political abuses of Hurricane Katrina. "Bra Boys" gave audiences an energetic history lesson about the Australian surf crew wh o call themselves Bra Boys, and Errol Morris' barely-seen but essential Gitmo documentary "Standard Operating Procedure" will eventually find its audience.

#10 Miracle at St. Anna
Spike Lee boxes outside his directorial weight-class with a war story bogged down by ham-handed smacks of magical realism and over-pronounced examples of racial prejudice. This a war movie that's all over the place. Its performances range from disappointing to mediocre in an overlong film that's more likely to give you a headache than any sense of thematic resolve.

#9 88 Minutes
From its inept cinematography to its barrage of hackneyed suspense contrivances and lead-weighted dialogue, "88 Minutes" is made watchable only by Al Pacino's mannered performance as FBI forensic psychiatrist and college professor Dr. Jack Gramm. Okay, so Al went slumming and all he got was a paycheck and a movie for his fans to ignore. All is forgiven. Just don't do it again Al. Please don't do it again.

#7 Mister Lonely
If the future of American Cinema is, as Werner Herzog proudly states, Harmony Korine’s vision, then it is a tuna carcass dressed in a nun’s habit with a half-witted white guy standing over it yelling obscenities.

#6 Postal
An irredeemable exploitation satire, based on a videogame, from trash director Uwe Boll, "Postal" is an anti-Semitic, phallic-obsessed, childish movie about nothing.

#5 The Happening
One-hit-wonder M. Night Shyamalan made yet another pretentious "Twilight Zone"-inspired movie this year with "The Happening." Just because I have to sit through this hack's movies doesn't mean you do.

#4 Hounddog
An exploitation movie about people lacking common sense--writer/director Deborah Kampmeier's "Hounddog" is an insult to its audience. Every cliché stereotype of Southern dysfunction is on display as a substitute for any actual story.

#3 The Fall
This Tweet! Tweet! Arf! Arf! movie from Tarsingh, the director of "The Cell," masks its vapid narrative with painterly compositions that only add to the film’s sleep-inducing quality.

#2 The Signal
This apocalyptic schlock-fest refuses to admit that it's just another zombie slasher pic. Cheap, gaudy and mean spirited, The Signal is one best missed.

#1 Towelhead
As its openly racist title implies "Towelhead" is an exploitation movie that wears its shoc k value on its guilty sleeve. It is the most disgusting, ethically reprehensible, and irresponsible film to come out of the 21st century's first decade. As Roger Ebert said of the film "Dirty Love," this movie "wasn’t written and directed; it was committed."

Director Sergey Dvortsevoy's "Tulpan," about a Kazakh soldier who returns from the Russian Navy to his family's remote life on the southern steppe of Kazakhstan, also gets an honorable mention.

Director Danny Boyle has made a cross-cultural milestone that plays with the edgy energy of "Trainspotting," albeit with considerable influence from its vibrant Mumbai locations and talented cast. The story pedals between the set of "Who Wants to Be a Millionaire," an Indian television game show, and the past life of 18-year-old "slumdog" orphan Jamal Malik (well played by Dev Patel) as it informs his correct answers to multiple choice questions that could win him 20 million rupees.

#9 Stop-Loss
Co-writer and director Kimberly Peirce returns after her impressive 1999 drama "Boys Don’t Cry" with an equally empathetic film centered around the U.S. military’s current backdoor-draft, responsible for forcing 81,000 soldiers back into war after multiple tours of duty. What follows is an honest, patriotic soldier’s desperate attempt to find a way out of a malicious bureaucratic booby trap.

At the heart of Ron Howard's adaptation of Peter Morgan's popular Broadway play is a study of two wildly ambitious men engaging in a public test of intelligence, wit, and strategy. Sheen's and Langella's pin-point precision of inner character development and range of facial expressions are the main reasons to see this well-written movie.

Real-life Parisian junior high school teacher Francois Begaudeau plays himself in the adaptation of his nonfiction novel about his experiences as a teacher in modern-day Paris. "The Class" is a magnificent cinematic triumph from director Laurent Cantet.

#5 Anita O'Day: The Life of a Jazz Singer

Anita O’Day’s lasting influence as a performer and jazz musician is revealed in a priceless documentary that puts on display O’Day’s famed beauty and gutsy no-nonsense attitude that enabled her to survive against terrible odds. O’Day’s version of "A Nightingale Sang In Barkley Square" is the most moving rendition I’ve ever heard.

A Last year's "Margot at the Wedding" gives way to Jonathan Demme's Cassavetes-styled uber family drama that centers around problem daughter Kym (Anne Hathaway) who takes a weekend leave from nine months in a rehab facility to participate in her sister Rachel's (Rosemarie DeWitt) biracial Connecticut wedding. "Rachel Getting Married" transcends a very specific moment in American experience with humor, honesty, hope, and a good dose of cynicism. 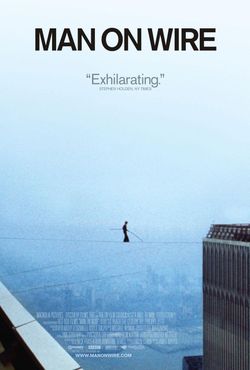 #3 Man on Wire
Filmmaker James Marsh's brilliant love letter to the late World Trade Center reinterprets the cruel fate of the twin towers via the daredevil artistry of Philipe Petit, who wire-walked between the buildings on August 7, 1974. No amount of description can transmit the passion and joy in this wonderful picture, assisted by a lyrical musical score by composer Michael Myman. See this movie. 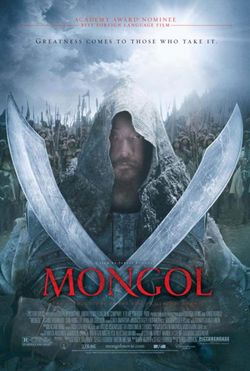 #2 Mongol
Its elegant storytelling, powerful performances, and detailed attention to aspects of Genghis Khan’s brutal life make "Mongol" a cinematic history lesson for the ages. Asano Tadanobu plays Genghis Khan, with a controlled intensity and underlying intelligence that is as poetic as it is transparent. For anyone even slightly interested in Mongolian history or in the life of the man who would conquer a fifth of the Earth’s landmass, "Mongol" is a movie that commands repeated screenings. 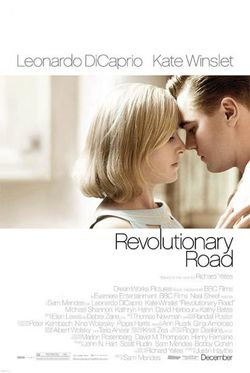 #1 Revolutionary Road
Richard Yates' 1961 novel about a young couple staring into the abyss of the American Dream my th provides director Sam Mendes ("American Beauty") with plenty of emotional ammunition to fuel this gorgeous but devastating drama that barley allows the viewer to catch their breath. Leo DiCaprio and Winslet give stunning performances that resonate long after the movie is over. There will be tears.

Listed below are links to weblogs that reference Cole Smithey's 20 Worst & Best Movies of 2008: