BREAKING THE WINDOW: WHAT YOU'RE NOT SUPPOSED TO KNOW ABOUT 3D To listen to Variety's 3D-guru (not to be confused with a 3D professional) David Cohen talk, you'd think we'll all be wearing 3D glasses for every movie we see in the coming years. He compares the advent of 3D to the arrival of sound in cinema. You'd never hear Cohen say that only 70% of the population can properly see 3D due to a variety of ocular anomalies that include things such as color blindness. Naturally, that means only seven out of every ten people can actually see 3D. You won't read anything in Entertainment Weekly about 3D audiences who suffer from constant eye-watering or debilitating migraine headaches during or after watching a 3D movie. You certainly won't read about audience members who crashed their cars after seeing a 3D film. That's because the most important aspect of Hollywood's current force-feeding trend of stereoscopic "immersion" has more to do with raising ticket prices across the board on all movies than it does in delivering a quality 3D experience. 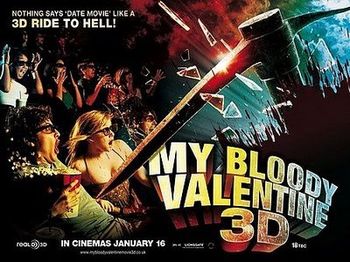 At the recent Consumer Electronics Show in Vegas, Panasonic was giving away DVD copies of "Avatar" with their latest 3D televisions as if it were the best example of a 3D film to show off their product. Little do they realize that the convergence level set on the cameras used for "Avatar" were set to keep its 3D effects behind the proscenium. It's the same conservative approach being used by the current flood of 3D filmmakers who are either too timid to put the technology through its paces, or simply aren't skilled in the complex practice of planning, setting up, and lighting the shots for the off-the-screen effects that we go to 3D movies for in the first place. Such before-your-eyes tricks are referred to in the industry as "breaking the window." It gives 3D films their kick. The only 3D movie of 2010 to take advantage of the practice was "My Bloody Valentine." 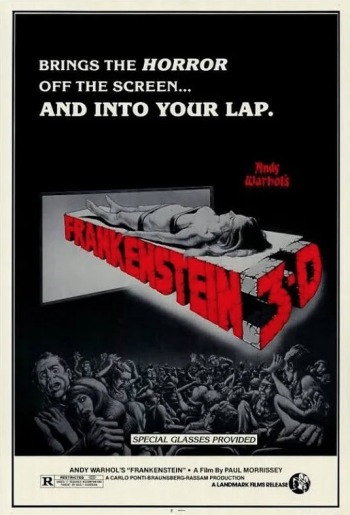 Hollywood is attempting to blur the line between "High Definition" and "3D" to acclimate audiences to spending more money for an "immersive" experience that may be pretty, but has little to do with the very thing 3D is supposed to accomplish, namely sit inside the fourth wall.

The best way to judge the current barrage of crummy 3D movies is to compare a current high-watermark standard bearer like "Avatar" with the far more "immersive" experience you'll have watching "Hubble 3D" on a real IMAX screen — beware the mini IMAXs. Then seek out a rare screening of "Andy Warhol's Frankenstein" in 3D — be sure to sit middle/center for this one. What you will come away with is a sense of how inferior "Avatar" is against "Hubble 3D," for the obvious reason that the audience experiences "Avatar's" effects only in depth behind the screen, whereas the IMAX 3-D process used in "Hubble" brings the action in front of the viewer's face.

"Andy Warhol's Frankenstein 3D" (also titled "Flesh for Frankenstein") illustrates the suitability of 3D to embellish a campy horror movie filled with shocking gross-out gore that flies off the screen. When I think of the thrill of 3D, I think of films like Warhol's "Frankenstein" or "Journey to the Center of the Earth," not "Avatar."

True IMAX cinemas (with their 76' x 97' screens) can get away with charging a premium because of the screen size and pricey specialized glasses. But the mini-IMAX cinemas have screens that are only 28' x 58' in size. As well, most IMAX 3D pictures run considerably shorter than an hour, which keeps them out of feature film range. 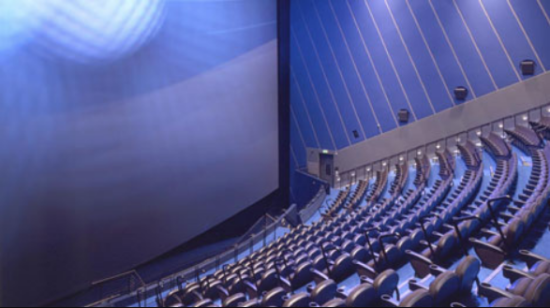 Hollywood has succeeded in giving audiences two reasons to boycott 3D movies--cost and quality. Making movies is expensive regardless of whether they are 2D or 3D, so it doesn't make sense to charge any more for a 3D feature. Retrofitting cinemas with projectors that can handle 3D should be absorbed by the big studios as the cost of doing business, or in this case conducting a large scale experiment with filmgoers as the guinea pigs. 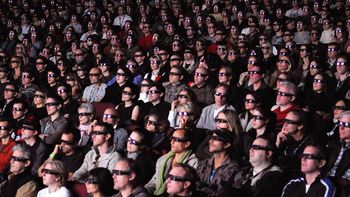 James Cameron believes that audiences should require 3D because, "We see in 3D." But what he doesn't admit is that we don't have to wear special glasses to watch 2D movies. I like 3D if it's done well. 3D defenders will argue to the death that the process is not a gimmick, but we all know it is. Personally, I don't want to put a pair of 3D glasses over my own glasses for every movie I watch. I've never seen a 3D film that comes close to the best 2D films I've seen, and they are many.

Out of work Americans won't find any solace in the current 3D explosion that's creating thousands of post production jobs in India. The systemic greed at the heart of Hollywood's 3D craze is intrinsic. If 3D is to attain any lasting stronghold with audiences it must be used aptly to embellish stories whose dramatic effect will gain something from it. Last year's "Piranha" was a terrible disappointment because it was an ideal opportunity for the filmmakers to put the audience in the water with schools of demonic fishes. But rather than hiring a cinematographer versed in 3D, the production used a director of photography who had never made a 3D movie before.

Sadly, this is a standard practice in Hollywood where 3D filmmaking experience is seen as an obstacle rather than an advantage. To direct "Tron Legacy," Disney hired Joseph Kosinski, a television director with no previous 3D experience. The result is a nice-looking stylized adventure movie with some visual depth but no "pop" in its art. With a $170,000,000 budget you would expect the filmmakers to go all out with the 3D effects. But that's not the case. 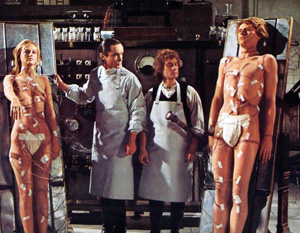 Health issues will always surround 3D. Regarding their 3D televisions, Samsung recently issued warnings to pregnant women, elderly people, kids, people suffering from serious medical conditions, and people who are sleep-deprived or drunk that they could suffer confusion, nausea, convulsions, altered vision, or dizziness. Nintendo has warned that kids under six should not use its 3D mode because it could permanently damage their undeveloped eyes.

The first 3D films in America ("Rural America" and "Niagara Falls") were shown in 1915 in Manhattan. There were 3D films made in the '20s and '30s before hitting a boom in the '50s with 3D films like Arch Oboler's seminal "Bwana Devil." 3D hit another streak in the '80s with sequel films like "Jaws 3D" and "Amityville 3-D." In the 21st century, the technology is going through another reintroduction, albeit during an economic depression that challenges Hollywood to improve the quality of its 3D films, and to stop charging more than normal ticket prices for the experience. Personally, I think audiences should boycott 3D films until Hollywood gets the message that they can't charge extra, and that 3D means breaking the fourth wall in a big way. 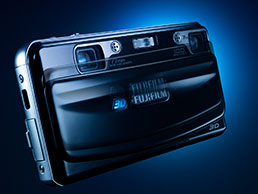 Companies like Cannon, Fuji, and JVC are delivering consumer 3D cameras so that anyone can experiment with 3D. It's only a matter of time before independent filmmakers are creating 3D films that compete with Hollywood's monopoly. But it still doesn't mean that all movies should or will be made in 3D. It's simply not equal to the advent of sound or color in cinema. As for the James Camerons of the world, I suggest they take a look at "Andy Warhol's Frankenstein," and see what they're missing. 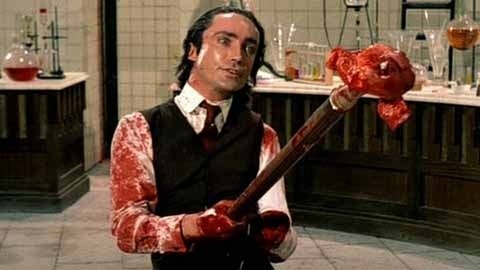