THE END OF THE F***ING WORLD 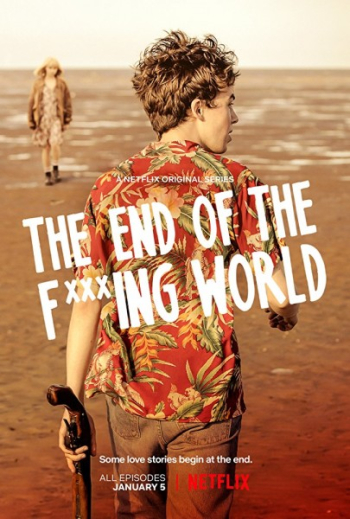 Based on Charles Forsman’s brilliant minicomics, “The End of the F***ing World” is an expertly crafted black comedy series similar in tone and delivery to “Twin Peaks,” but with a more approachable sense of humor.

If casting is nine-tenths of the battle, then co-directors Jonathan Entwistle and Lucy Tcherniak were destined for success from the start. Alex Lawther and Jessica Barden are the exquisite young British actors who transform into a would-be serial killer and a the kind of girl you don’t take home to meet the parents. 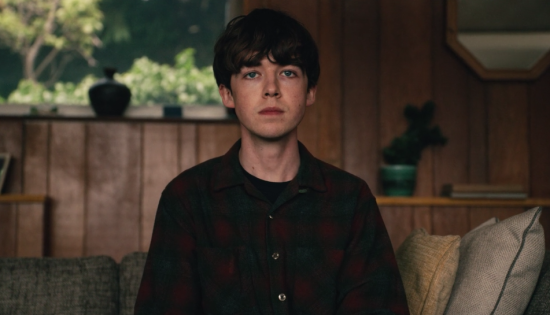 James (Lawther) is a 17-year-old oddball who witnessed his mother’s suicide (by driving her car into a lake) when he was 10. He’s a depressed kid who asks his goofy single dad for a machete for his birthday, but settles for a hunting knife. James once put his hand in boiling hot oil so he could “feel something.” He has a recent history of killing gradually larger animals. James is working up to killing a person. His first girlfriend (Alyssa — Jessica Barden) could be an ideal victim.

With each episode clocking in around 20-minutes, this Netflix-produced series is a bingeable treat akin to eating just the right amount of snacks so you don’t feel guilty for having two or three.

On Alyssa’s prompting, the teenaged duo run away from their respective homes to go on a road trip adventure through the underbelly of England’s hollow social shell. After her mom’s boyfriend flirts with her, Alyssa looks down on a garden party that her parental figures are hosting at her oh-so-perfect suburban home and takes inventory. “Fuck this shit,” is her final analysis. Janis Ian’s “At Seventeen” takes care of the musical counterpoint. 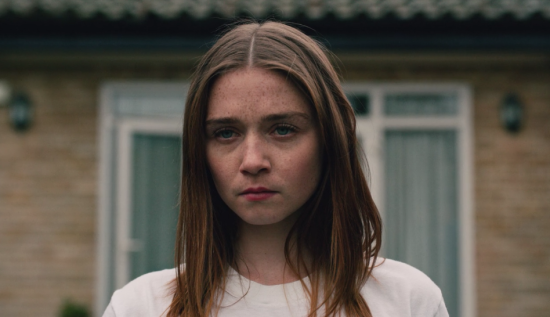 Teenaged angst, and lust, are put through a bloody blender before the first series’ eight episodes come to a satisfying stopping place. Thankfully, season 2 is already in the works.

Funny, frightening, naughty, and packed with chuckle inducing bits of scathing satire, “The End of the F****ing World” might just be better than “Twin Peaks” and “Fargo.”