Divide and Conquer — Why Does the U.S. Hate Peace?

Give peace a chance, the song urges. 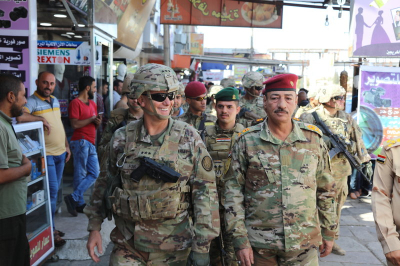 But the United States won’t have it.

Olympic diplomacy seems to be working on the Korean peninsula. After a pair of South Korean envoys visited Pyongyang, they issued a promising communiqué. “The North Korean side clearly stated its willingness to denuclearize,” the statement said. Considering that the Korean crisis and a derpy emergency management official had Hawaiians jumping down manholes a few months ago, this news comes as a relief.

Then comes the rub. The South Korean statement continued: “[North Korea] made it clear that it would have no reason to keep nuclear weapons if the military threat to the North was eliminated and its security guaranteed [my emphasis].”

In other words, the DPRK is saying — reasonably — we’ll get rid of our nukes but only if you promise not to invade us. That guarantee would have to be issued by two countries: South Korea and the United States.

This would directly contradict long-standing U.S. foreign policy, which clearly and repeatedly states that the use of military force is always on the table when we don’t get our way in an international dispute.

Kim Jong-On has good reasons to be afraid of us. In a speech to the UN President Trump threatened to “totally destroy” North Korea. President George W. Bush declared them a member of the “Axis of Evil”; we invaded and currently occupy Iraq, one of the two other supposed Evildoers. After deposing and enabling the execution of Iraq’s president. Last week Bush’s UN ambassador John Bolton published a legal argument for nuking North Korea without provocation.

Believe it or not, this is the soft side of U.S. foreign policy.

For decades South Korea has tried to deescalate its relationship with the North, not infrequently expressing its desire to end formal hostilities, which legally never ended after the Korean War, and move toward the long-term goal of a united Korea under a single government. And for decades the United States has stood in the way, awkwardly trying to look reasonable as it opposes peace. “We do not seek to accelerate reunification,” a State Department spokesman said recently.

To say the least.

“South-North talks are inextricably related to North Korea-United States relations,” South Korean President Kim Dae Jung said in 2001, after Bush canceled dialogue with the North. The South, dependent on more than 20,000 U.S. troops stationed along its northern border, was forced to suspend reunification talks too.

The Reagan Administration pressured its South Korean ally to break off reunification talks in 1985.

Nixon did the same thing in 1974. After Nixon’s resignation later that year, President Gerald Ford opposed a UN resolution to demilitarize the border by withdrawing U.S. troops.

Even Mr. Reasonable, Barack Obama, refused to listen to South Koreans who want peace (and to visit long-lost relatives in North Korea). Celebrating the 60th anniversary of the Korean War Armistice, Obama threatened to loose the dogs of war: “The United States of America will maintain the strongest military the world has ever known, bar none, always. That is what we do.” What Obama would not do was allow North and South Korea to sit down and work out their differences. Before talks, Obama said, North Korea would have to denuclearize. After which, of course, there would be no need for talks because, hey, regime change is fun!

Why, a sane person might ask at this point, would U.S. policymakers want to risk World War III over two countries that repeatedly say they want to make peace and get back together?

For my money, a 2007 analysis by the geopolitical thinktank Stratfor comes closest to explaining what’s really going on inside the Beltway: “The basic global situation can be described simply. The United States has overwhelming power. It is using that power to try to prevent the emergence of any competing powers. It is therefore constantly engaged in interventions on a political, economic and military level. The rest of the world is seeking to limit and control the United States. No nation can do it alone, and therefore there is a constant attempt to create coalitions to contain the United States. So far, these coalitions have tended to fail, because potential members can be leveraged out of the coalition by American threats or incentives.”

The U.S. is the Great Global Disruptor. “As powers emerge, the United States follows a three-stage program. First, provide aid to weaker powers to contain and undermine emerging hegemons. Second, create more formal arrangements with these powers. Finally, if necessary, send relatively small numbers of U.S. troops to Eurasia to block major powers and destabilize regions.” For example, Iran is the emerging hegemon in the Middle East. The U.S. undermines Iran with trade sanctions, props up rivals like Saudi Arabia with aid, and deploys U.S. troops next door in Afghanistan and Iraq.

Similarly the U.S. keeps China off-balance by propping up Taiwan and setting up new U.S. bases in the region. We play India against Pakistan, Europe against Russia.

A united Korea would create a new power center, potentially a new economic rival, to the U.S. in the Pacific Rim. So the U.S. uses threats (“totally destroy”) against the North and incentivizes the South (free border security).

It would almost be funny if it wasn’t so sick. Here’s to the day the two Koreas see through us.

(Ted Rall’s (Twitter: @tedrall) brand-new book is “Meet the Deplorables: Infiltrating Trump America,” co-written with Harmon Leon. His next book will be “Francis: The People’s Pope,” the latest in his series of graphic novel-format biographies. Publication date is March 13, 2018. You can support Ted’s hard-hitting political cartoons and columns and see his work first by sponsoring his work on Patreon.)