The piece that followed (written by Graham Winfrey) poured praise upon Michael Gingold as a “patron saint of the horror community.” My mind went immediately to the many Fangoria writers who took their assignments from Michael, only to discover that their pay would not be forthcoming. The notoriously passive aggressive, selfish, and narcissistic Gingold would ignore their email requests for what was rightfully theirs. New York is a small town. I’ve heard firsthand stories from Fangoria writers who never received payments that were due them. Michael would pretend to be actively attempting to get writers their money, knowing they would never be paid. Lying to writers to keep them working is about as low as it gets. Throughout it all though, Michael made sure he got paid week after week, month after month, year after year. An ethical editor (and yes such editors do exist) would have done the right thing when faced with this type of untenable situation, and resigned.

Longtime Fangoria staff writers, some of whose lives were effectively ruined after they slogged away for weeks if not months without pay, before finally walking away from a career that evaporated before them.

Who offered support to the unpaid writers on whose backs Michael Gingold rode high and mighty for so many years? Certainly not Guillermo del Toro.

For the record, I did a one-on-one interview with del Toro in Cannes for "Pan's Labyrinth" in 2006, and found him to be a delightful guy.

I posted a reply on Indiewire and on Twitter saying that Gingold was not the saint he was being painted as. “Worm” was the term of art I chose. Immediately, I started receiving Twitter hate messages defending Michael Gingold as “not the guy who signed the checks.” They informed me that Fangoria owner Tom Defeo was the guy to blame.

Another red flag went up. Didn’t these industry “professionals” know the magazine’s managing editor was responsible for all day-to-day operations, including paying the writers? — Evidently not. Why was this cluster of trolls trying to shield Gingold from criticism? If Michael Gingold was the patron saint of independent horror, why would he actively allow writers to be promised money he knew wasn't there? Things didn’t add up.

Suddenly, Twitter locked my account because someone was trying to hack into it. The horror fanboys were coming for me. I had to create a new super-strong password. My attention went back to the IndieWire article. Mitch Davis (“co-director of the Fantasia International Film Festival) is quoted extensively in the piece, painting a picture of doom and gloom for Fangoria for “discarding seasoned writers with so many years of history, knowledge and trust among fans.” That’s all well and good but why, if Davis has so much investment in discarded writers from Fangoria, didn’t he speak up on their behalf until now? Why, indeed.

Like all print publications, Fangoria has been bleeding money for years. As the IndieWire article points out, it “hasn’t put out a print edition since its distributor went out of business in 2015.” How Michael Gingold managed to hang on to a steady paycheck this long, without putting out any print issues in 2016, is a mystery. 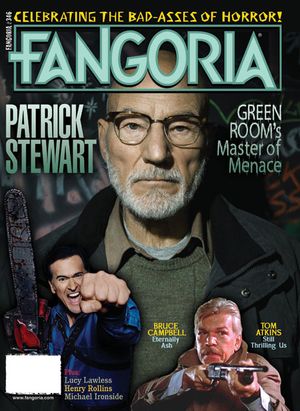 The elephant in the room is, of course, why and how Fangoria lost so much financial ground under Gingold’s failed editorial vision for the publication. No one should be praised for doing such an obviously crappy job, regardless of how long he or she milked it.

Whether or not Fangoria’s new Editor-in-Chief Ken W. Hanley can turn the magazine and website into something profitable, remains to be seen. Hopefully, Mr. Hanley will at least see to it that his writers get paid. Either way, with people like Guillermo del Toro and the handful of trolls that came after me on Twitter, I’m sure Michael Gingold will be treated better than he deserves. He’s already gotten way too much out of the deal.

In this episode Mike Lacy and I drink Hoptimum (from Sierra Nevada) and discuss Woody Allen's 1986 romantic comedy Hannah and Her Sisters. Bon appetite. 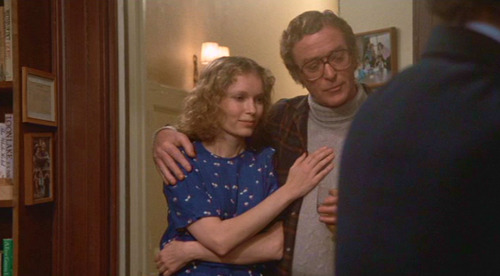