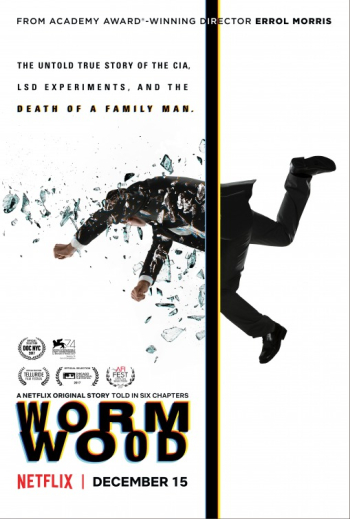 Errol Morris’s six-part Netflix documentary series “Wormwood” wears out its welcome by the end of the fourth episode. It’s not that the subject matter isn’t as gripping as it is disturbing — you’ll come away being as fearful of C.I.A. spooks as you are of ISIS — but rather that there is so much repetition and filler that you can’t help being bored long before the long-telegraphed narrative hook comes along in the sixth episode. How many times do you need to see a guy falling out of a window to get the point?

Perhaps Morris was too in tune with his subject to exert his traditionally reliable editorial expertise. “Wormwood” could easily have worked as a two-hour movie, but it simply doesn’t hang together for four-hour’s worth of screentime. As such, “Wormwood” represents Morris’s weakest effort to date.

Nevertheless, the story is compelling. In 1953 Frank Olson, a U.S. Army scientist working on a chemical weapons program (dubbed Artichoke) geared for use in the Korean War, fell, jumped, was pushed or “dropped” from the 13th floor of the Statler Hotel (a.k.a. the Hotel Pennsylvania) in midtown Manhattan. Splat.

Since then, Frank Olson’s son Eric (who was nine-years-old at the time of his father’s suspicious death) has been preoccupied with getting to the bottom of the story behind his father’s bizarre demise, which the C.I.A. attributed to an LSD experiment gone wrong.

Morris notably eschews using his go-to Interrotron machine that allows interviewees to speak direct-to-camera (see "The Fog of War"), in favor of a more casual setting of talking across a table in an unadorned room. The only embellishment is a clock that hangs behind Eric Olson’s head, stopped at the exact moment that his father perished on the asphalt of 7th avenue. Another drawback to the series is its dark, drab visual style that has a droning effect. It nearly puts the viewer to sleep.

Morris uses the ever impenetrable Peter Sarsgaard to play the part of Frank Olson in reenactments of events leading up to the wee hours of November 28, 1953 when Olson’s life came to an end. Tim Blake Nelson, Bob Balaban, Molly Parker, and Christian Camargo function well in other supporting roles however unnecessary many of their scenes become by the time the final episode rolls around.

“Wormwood” is a lurid Cold War scenario that shows the U.S. Government at its worst, weaving skullduggery like so much wool at the hands of such real-life goons as Donald Rumsfeld and Dick Cheney. Indeed, this is nightmare-producing stuff. It comes as a relief when Morris intercuts footage from Laurence Olivier’s famous 1948 film version of “Hamlet” to give literary resonance to Eric Olson’s ongoing rabbit-hole existence as a man consumed with the meaning of his father’s death. It's enough to drive a man, or an audience, to drink.

COMEDIANS IN CARS GETTING COFFEE 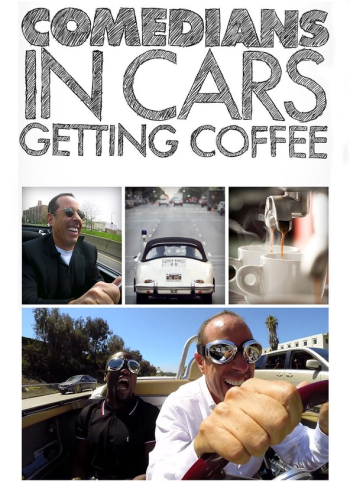 Conan O’Brien isn’t funny because he isn’t a comedian; he’s a talk show host. Chris Rock’s pithy explanation of the problem with Conan O’Brien’s lame attempts at being funny is just one tiny example of the granular level of Jerry Seinfeld’s popular, and deceptively informative, web series. Currently streaming on Netflix, the eminently bingeable “Comedians In Cars Getting Coffee” goes down like a root beer float with a surprise at the bottom of every glass.

If ever there was a crash course in what it takes to be a comedian, from a to z, this is it. Why isn’t Judd Apatow funny as a stand-up comedian? Clearly, it’s because he hasn’t paid his dues of honing his “material” on stage for the years that it takes to get good at it. 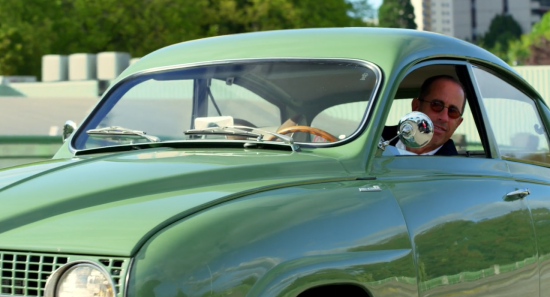 Comedians or actors? Easy. Comedians portray themselves, whereas actors desperately want to inhabit anyone but themselves. Thus, comedians can act, but actors can’t become comedians. Mind blown.

Why is Barak Obama a terrible person? Because he’s a blow-hard bully. Obama’s transparent attempts to big-dog Jerry Seinfeld backfire noticeably during the episode where Seinfeld visits the President at the White House. Obama chides Seinfeld for leaving a once-bitten apple on a table in the Oval Office before trying way too hard to seem cool by draping his limp hand over the steering wheel of the 1963 Corvette that Seinfeld has brought for the occasion. The kicker comes when Obama insists on plugging Obamacare only to have Seinfeld emphasize the faux pas with a withering direct-to-camera pitch that slays. There’s also the fact of Seinfeld’s monetary success eclipsing Obama’s in rough comparison of Jupiter to the Earth’s moon. You get to judge for yourself which comedians Jerry gets along with better than others. Seinfeld’s chemistry is much stronger with comedians such as Jimmy Fallon, and Chris Rock than it is with David Letterman, Howard Stern, or Ali Wentworth, three distinctly uncomfortable human beings whose unpleasantness may make you want to reach for an Alka Seltzer.

Jerry chooses a car he thinks best aligns with the personality of the comedian with whom he’ll imbibe coffee while chatting. For example, a 1965 SAAB MONTE CARLO 850 in olive green is the car of choice to go for a drive around Portland, Oregon with Fred Armisen. An onscreen clock (the WAIT-O-METER) registers the seven minutes it takes for Hipster Service at a local roastery to hand over two cups of “delicious” coffee for our comedian pals to chew over the definition of art. 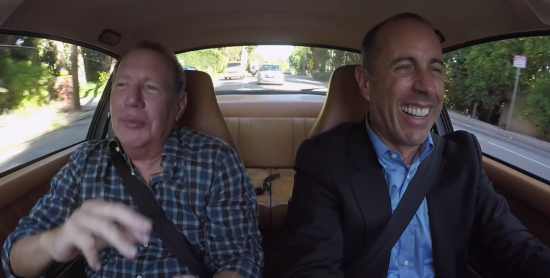 You can tell a lot about Jerry’s guest by the car he chooses. The 1976 Ford LTD Country Squire station wagon Jerry picks out for his coffee-attended chat with Sarah Jessica Parker signals that this might be an episode to skip. Episodes you don’t want to miss include: Michael Richards, Alec Baldwin, Julia Louis-Dreyfus, Kevin Hart, Trevor Noah, Garry Shandling, and Lorne Michaels.

In its open-faced simplicity “Comedians In Cars Getting Coffee” holds a charm and candidness about the comedic process unavailable in any other setting. Five stars isn’t a high enough grade for this brilliant series where even the episodes with the worst guests show you something valuable about what makes the true greats (Don Rickles, Carl Reiner, Mel Brooks, Robert Klein) all the more memorable.