Thanks a lot pal! Your generosity keeps the reviews coming! 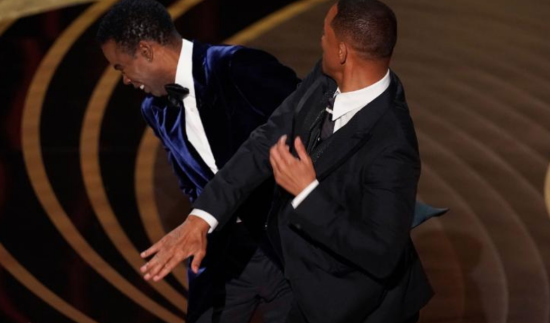 Chris Rock deserves a fucking medal for how he comported himself at the Oscars after Will Smith walked on stage and slapped the defenseless Chris Rock on live television. 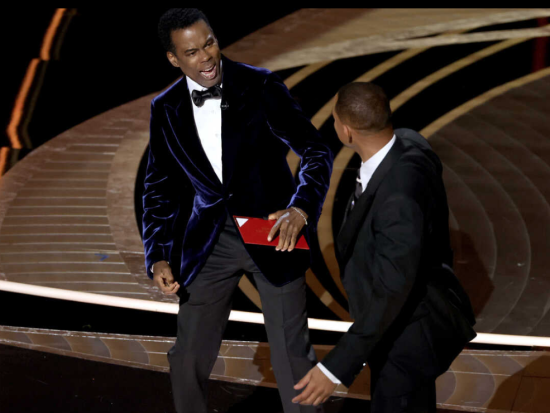 I interviewed Chris Rock once. He was great. But the lesson I learned from him tonight was priceless.

Such grace is rare, very rare.
Respect Lion.
As for for the narcissist Will Smith, if it were you or me, we'd be in handcuffs down at the pokey for a day or three, and fired from whatever job we had that provided entrée into the event.
As a film critic, I vow to never watch, much less review, another Will Smith movie.

Here's what the Academy had to say after its investigation into Will Smith's unprovoked attack on Chris Rock at the 2022 Oscars.
Open Letter to Our Academy Family
The 94th Oscars were meant to be a celebration of the many individuals in our community who did incredible work this past year; however, those moments were overshadowed by the unacceptable and harmful behavior we saw Mr. Smith exhibit on stage.

During our telecast, we did not adequately address the situation in the room. For this, we are sorry. This was an opportunity for us to set an example for our guests, viewers and our Academy family around the world, and we fell short — unprepared for the unprecedented.

Today, the Board of Governors convened a meeting to discuss how best to respond to Will Smith's actions at the Oscars, in addition to accepting his resignation. The Board has decided, for a period of 10 years from April 8, 2022, Mr. Smith shall not be permitted to attend any Academy events or programs, in person or virtually, including but not limited to the Academy Awards.

We want to express our deep gratitude to Mr. Rock for maintaining his composure under extraordinary circumstances. We also want to thank our hosts, nominees, presenters and winners for their poise and grace during our telecast.

This action we are taking today in response to Will Smith's behavior is a step toward a larger goal of protecting the safety of our performers and guests, and restoring trust in the Academy. We also hope this can begin a time of healing and restoration for all involved and impacted.
Thank you,
David Rubin           Dawn Hudson
President                CEO 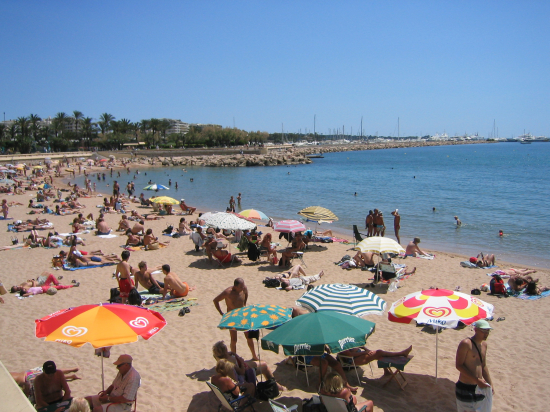 TIE: Asghar Farhadi, “A Hero” AND Juho Kuosmanen’s “Compartment No. 6”

Renate Reinsve, “The Worst Person in the World”

“All the Crows in the World,” Tang Yi 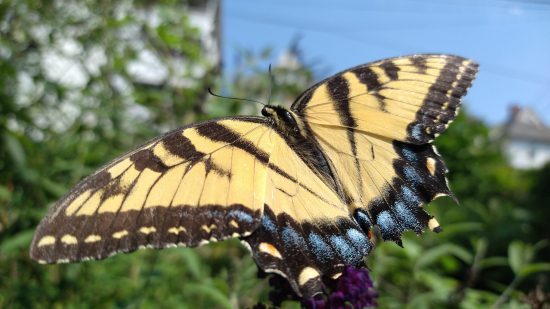 “Prayers for the Stolen,” Tatiana Huezo 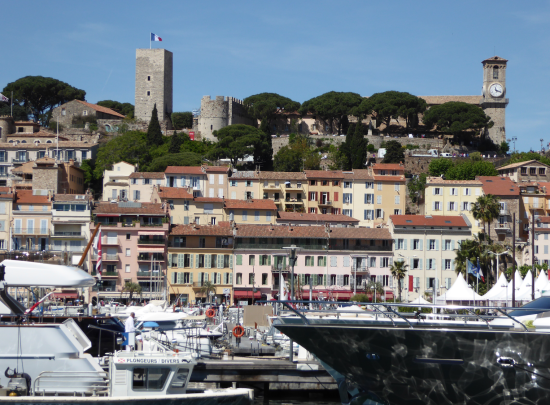 I was surprised to discover my name popping up in a Wired Magazine article online.

Wired Magazine said, “A couple of years ago, an approved critic named Cole Smithey, who writes for Colesmithey.com, bragged about intentionally tanking Lady Bird's then-100 percent rating with a negative review.”

That sentence is a lie.

What I tweeted in my public response to all of the social media hullabaloo over my film review of "Lady Bird" was,

“Context is everything. I had to consider whether to cast “Lady Bird” as Fresh or Rotten in the context of a perfect score that people were using to trumpet “Lady Bird” as the all-time best reviewed movie on RT. A "B-" does not an "A+" make.” 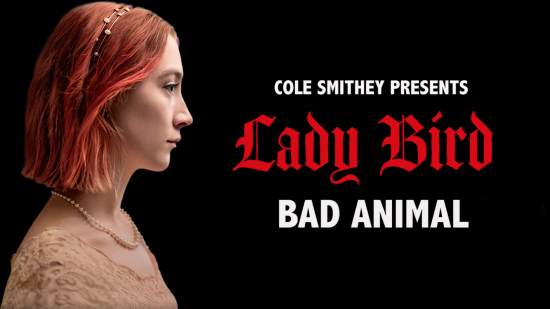 Why is corporate media so happy to punch down on a film critic? They certainly aren't interested in taking the time to read my film review of "Lady Bird."

It's not called "film praise;" it's called Film Criticism. I know my job even if not many others do.

I lived in San Francisco from 1985 to 1997, so I was hip to Wired Magazine from its launch in 1993 when I decided to become a professional film critic after watching Abel Ferrara's "Dangerous Game" — starring a then red-hot Madonna. 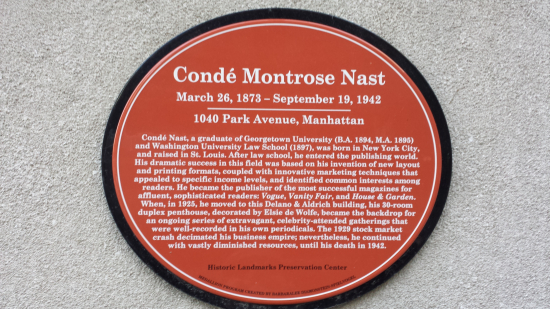 Wired is a Condé Nast publication, and it just so happens that I take tourists by the Park Avenue building where Condé Montrose Nast lived for decades. Hilarious, I know. But not so funny is the lie that Wired editor-in-chief, and eternal frat, boy Nicholas Thompson endorsed when his fact-checkers found nothing wrong with his editorial malfeasance after I brought it to their attention, and to his after I left him a phone message about the situation. Nicholas Thompson, a face of corporate malfeasance at Condé Nast.

So, I sent Nicholas Thompson the following letter to the editor. Nick saw fit not to respond to me. Bon Appétit.

Until now I thought Wired was a good publication with responsible editorial oversight. But my opinion has changed since dealing with your fact checker over problems with the following graf in Simon Van Zulen-Wood’s Wired article, "Behind the Scenes at Rotten Tomatoes."

Simon says, “These changes took place in tandem with a parallel overhaul of its critics' criteria, designed to make its Tomato­meter more representative. Prior to August 2018, Tomatometer-approved critics were almost exclusively staff writers from existing publications, who tended to be whiter, maler, and crustier. Since the site changed its policies, it's added roughly 600 new critics—the majority of whom are freelancers and women. But that also means there are now a stunning 4,500 critics, some of whom inevitably will be terrible. A couple of years ago, an approved critic named Cole Smithey, who writes for Colesmithey.com, bragged about intentionally tanking Lady Bird's then-100 percent rating with a negative review.”

In response to people making a big deal out of coincidence over substance, I made one tweet at the time in which I stated, “Context is everything. I had to consider whether to cast “Lady Bird” as Fresh or Rotten in the context of a perfect score that people were using to trumpet “Lady Bird” as the all-time best reviewed movie on RT. A "B-" does not an "A+" make.”

How my honest description of my critical process gets twisted into “bragging” is gilding the lily, to say the least. Simon isn’t even paraphrasing what I said. The least Simon could do is use my quote. I don’t say anything about affecting Lady Bird’s score on RottenTomatoes. Simon's sentence is fiction — “bragged about intentionally tanking Lady Bird's then-100 percent rating with a negative review.” On that I hope we can agree. BS is BS.

Simon ignores the fact that I wrote an editorial follow-up to my initial review, The Millennial Conformist Or How To Learn To Love a Karen Without Really Trying which might have informed Simon more as to my detailed analysis of a Trumpian, openly racist, female character bereft of loyalty, honesty, or social regard for a humanist vision. All Cinema should be humanist. Sadly, it is not so anymore.

Simon infers, in the context of the graf, that I was one of 600 new critics added to RT in 2018. In fact, I have contributed to Rotten Tomatoes since 2005. I began reviewing film in 1997 for alt weekly The Independent in Raleigh Durham, North Carolina. 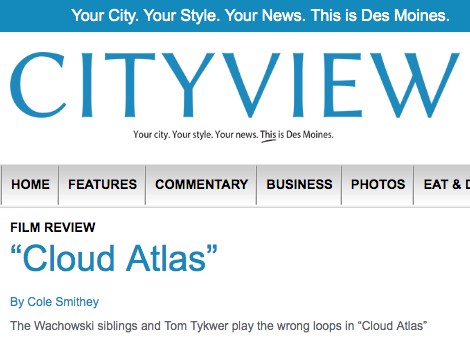 I should also add that Tim Ryan is my colleague; we hung out in Cannes together. Should you desire a character reference, you can vet me through Tim.

On a brighter note, I’d like to take this opportunity to invite you on my film and fiction walking tour of Carnegie Hill, “5th & Park.” I’m happy to comp you and yours on this film and fiction adventure that meets in front of the Guggenheim Museum, and ends at the steps to the Metropolitan Museum of Art — a great excuse to visit the Met. The tour is available daily at 3 p.m. Just let me know a week in advance so I can reserve the tour for you.

Thanks much for all.

Don’t believe me? Watch “Lady Bird” twice and you will see everything I’ve expressed here. If I had it to do all over again, I’d give “Lady Bird” a D minus.

If you didn't think Lady Bird was the most Trumpian character in the history of Cinema, you will certainly be convinced after watching this video.