Why Video-On-Demand is Inevitable
By Cole Smithey 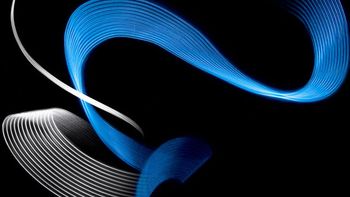 During an average week, approximately eight films are released theatrically in America. Of those eight, only two will open at your local cineplex regardless of which podunk suburb you're trapped in. Three will open in "limited release," which means they'll get shown only in the top five to fifteen "major markets" (ie. big cities like Chicago and San Francisco), before gradually "rolling out" to exponentially smaller markets if it does well enough at the box office. The remaining three movie titles will only open in New York or Los Angeles, or both. This out of date distribution model excludes millions of potential audiences from seeing 75% of available films in the market. If you live in somewhere like Las Vegas and want to see Nicholas Winding Refn's latest film "Valhalla Rising," you'll have to put it in your Netflix que, or wait to purchase it on DVD.


The industry is full of bellowing Casandras who believe that streaming video-on-demand distribution will bring down cinema chains regardless of the fact that movie attendance is up over last year, even with this year's significant downturn in overall movie quality. EpixHD, (a company jointly owned by Paramount, Lionsgate, and MGM) is an online premium movie channel that delivers stockpiled films over the internet as HD quality video-on-demand to subscribers. 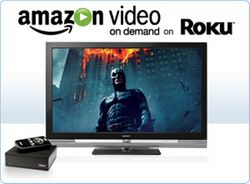 Viewers can even "share" movies with fellow subscribers to watch the same film from as many as four different locations. When I spoke to the company's Chief Digital Officer Emil Rensing, he paradoxically defended the aggressive stance that theater chain owners are taking against studios delivering day-of-release VOD (video-on-demand) movies into people's homes. Theater companies have threatened to cease releasing a specific studio's films if they ever dare to deliver titles through VOD on the same day a film opens in their cinema. Still, Magnolia's "Magnet" division took advantage of the FCC's April, 2010 ruling, allowing studios to stream films in advance of theatrical release. Magnet ran George A. Romero's "Survival of the Dead" at a premium price on VOD Amazon and XBOX LIVE a month before it hit the cinemas. Blood is in the water.

Earlier this year, Europe's top cinema chain Odeon boycotted Disney's "Alice In Wonderland" due to the studio's plan to release the DVD twelve weeks after the film's theatrical premier. Ten years ago the typical lag time on DVDs was six months after release. Odeon ended up losing out on their boycott decision when two other theater chains took over screening "Alice in Wonderland."

Now, "twelve-weeks" is a standard lag time for a DVD title release after a theatrical premier, and "28-days" is the lag time for a title to be rented or streamed through companies like Netflix and Redbox. I predict by the end of the year, that timeline will shrink even more. Blu-ray discs have momentarily juiced up flagging DVD sales but the market is steadily slipping. Disney is now looking ahead to online distribution, but they're already behind multi-platform production and distribution companies like IFC, Magnolia, Relativity Media, and Variance Films.

Variance Films President Dylan Marchetti (THINKFilm's former director of distribution and marketing) was forthcoming about sharing his thoughts on the subject of video-on-demand releasing as a distribution method that Variance is employing for its indie films.

When I asked how soon he thought simultaneous day-of-theatrical-release and VOD would become an industry-wide practice, Dylan Marchetti responded, "I don't think it'll ever be the standard for all of them. I think it works in the indie world, and we've seen hard figures that show theatrical box office isn't hurt by VOD availability most of the time on independent/arthouse films. But for big Hollywood films? I have a hard time believing the major theater chains are going to let that happen--that's a mighty risk. What if "Twilight" were available on VOD [on the same] day and date--would you see millions of people hitting the theater at 12:01 on Tuesday? No chance, and everyone knows it. The recent FCC ruling that allows for those $30 VOD day and date films is a fine ruling and all, but who's going to take the first chance on a blockbuster? In the end, I can't see anyone dying to risk making the first $150 million direct-to-video film."

Marchetti went on to say, "Personally, I think VOD [is] a powerful tool for independent filmmakers seeking a national audience. My films are indie releases, and no matter how big the budget or how well the film does, there's always people who want to see it who live hundreds of miles away from a theater playing it--VOD can fix that."

To my mind VOD is already poised serve the full spectrum of Hollywood, foreign, and independent films. Hollywood is dying, and charging audiences 50% more to see a movie in mediocre 3D isn't going to save it. I proffer that someone traveling on an airplane is just as likely to take a chance on Lisa Cholodenko's film on the day it comes out as they are to watch "Date Night," weeks after it premiered. iPad users in Las Vegas might want to watch J. Blakeson's "The Disappearance of Alice Creed" on their device the day it opens in New York and Los Angeles, even though it's not playing at a local cinema. I also believe that just as many hormone-raging girls would plan a "Twilight" slumber party on the day the movie comes out as will nevertheless fill cinema seat capacities. It all comes down to creating an additional income stream for an out-of-balance industry. In the early '80s MTV's slogan was, "I want my MTV." For the next generation of movie audiences it's, "I want my VOD!"