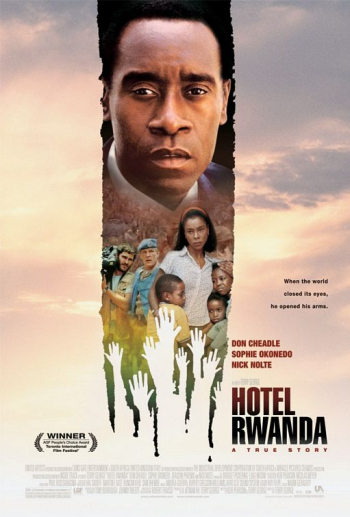 Don Cheadle gives a beautifully restrained tour de force performance as a singular voice of reason at the epicenter of writer/director Terry George's depiction of Rwanda's outbreak of genocide in 1994.

Hutu militias slaughtered more than one million Tutsis with machetes as the world looked away. Disgusting.

Cheadle plays real-life hero Paul Rusesabagina, the Hutu manager of Rwanda's only four-star hotel. Rusesabagina gives precious shelter to over 1,200 Tutsis while attempting to gain assistance from apathetic politicians and diplomats around the world including the United Nations and the United States. 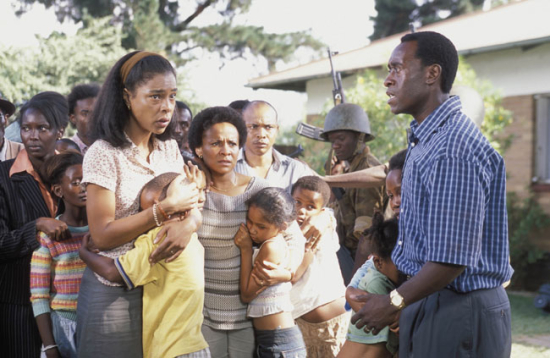 Director Terry George handles the potentially suffocating subject matter with a grace and subtlety that breathes precious life into a terrible story about the wretched effects of hateful propaganda and an outside world concerned with capitalism over humanity. 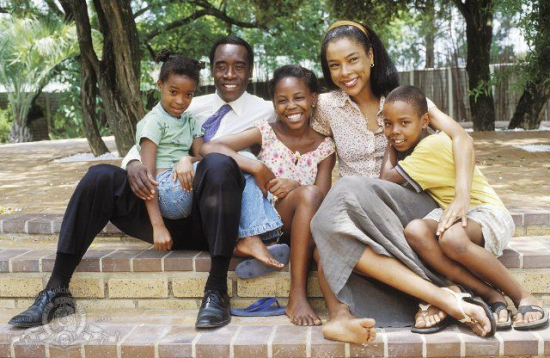