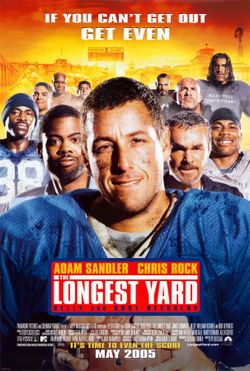 Sandler steps into Reynolds’s shoes as former pro football quarterback Paul Crewe, the latest addition to a prison community. Crewe is called on by Warden Hazen (James Cromwell) to lead a team of inmates to play a climatic football game against the prison's guards. 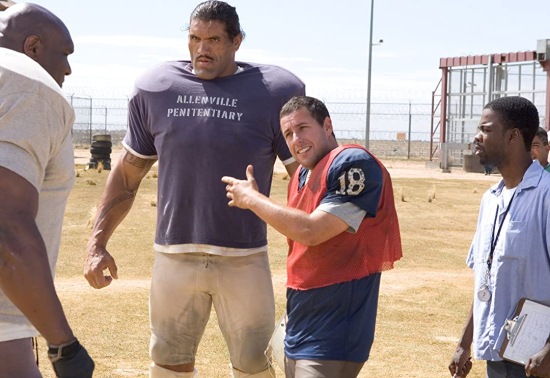 The apparent maturity that Sandler has recently acquired in his comic approach pays off as the story balances drama and comedy with hip touches of physical burlesque. Chris Rock and Burt Reynolds co-star in this surprisingly competent sports comedy.