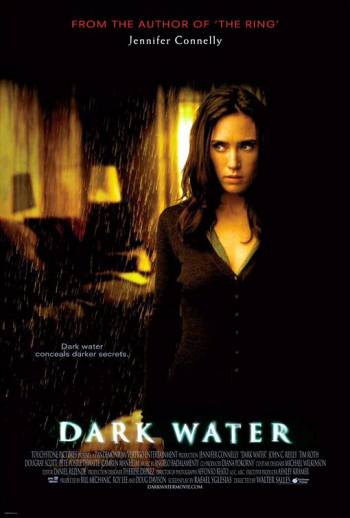 This miserable remake of a 2002 Japanese thriller ("Honogurai Mizu No Soko Kara"), about a little devil ghost girl haunting for attention, should forever put the last nail in the coffin of Hollywood remakes of this played-out splinter genre that rendered such dogs as "The Ring" and its sequel. Sadly, that won't be the case.

Jennifer Connelly plays Dahlia Williams, a recently separated mother whose young daughter Ceci develops an imaginary friend after they move into a faulty high rise apartment building on Roosevelt Island. Ceilings drip with moldy water and every faucet exudes brown crud as Dahlia seeks aid from her questionable attorney (Tim Roth) to protect her from her husband's accusations that she's losing her mind. Esteemed Brazilian director Walter Salles ("The Motorcycle Diaries") falls flat on his face on his first Hollywood outing with a horror movie that will bore you to tears.