GEORGE A. ROMERO'S LAND OF THE DEAD 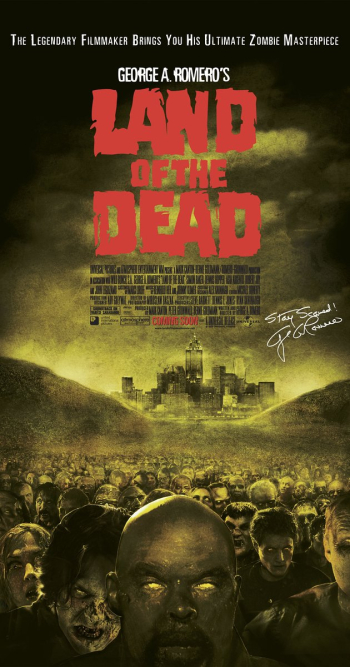 A zombie anti-hero emerges in the guise of a black mechanic known as "Big Daddy" (Eugene Clark) in George A. Romero's fourth installment in his storied series of satirical horror films that famously began with his heart-stopping Viet Nam era magnum opus "Night of the Living Dead" (1968).

Big Daddy leads an army of beautifully gruesome zombies as they seek entry into their demolished city's well-defended skyscraper of civility that protects the richest members of society.

Romero keeps the political and social satire subtle but consistent as a group of heavily armed mercenary cowboys perpetrate violent anarchy against zombie civilians whose future is as bleak as that of their occupiers. 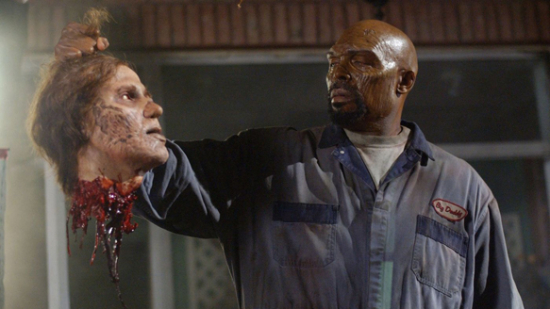 Gory sight gags and intestine-eating scenes abound in this must-see movie for fans of the horror genre. Yes, there will be blood, and decapitations.