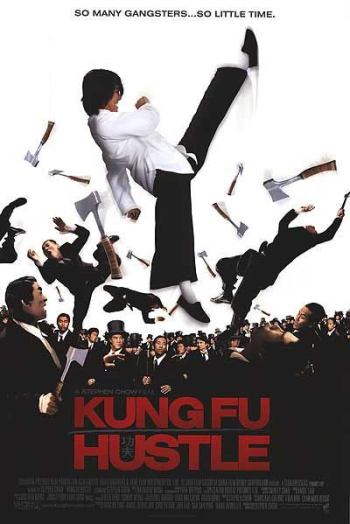 Set in an impoverished area of '30s era pre-Revolutionary China known as Pig Sty Alley, the movie follows an upstart extortionist Sing (Chow) attempting to pass himself off as a member of a notorious mob group called the Axe Gang in order to steal money from the area's destitute residents. But Sing bites off more than he can chew when the innocuous tenants display their polished fighting skills which inadvertently attract the real Axe Gang to quash the rebellion. 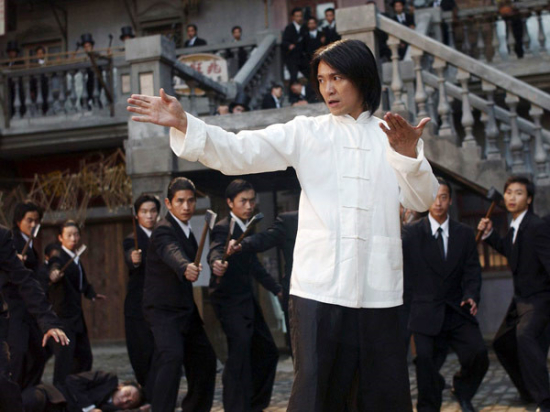 This overzealous comic action movie reaches a zenith of cartoonish spectacle when the Axe Gang employs the assistance of a bullfrog-morphing Kung Fu master know as The Beast (Leung Siu-lung) from a local mental institution. After Stephen Chow's considerable success with "Shaolin Soccer," the actor-turned-director has sharpened his idiosyncratic vision of martial arts comedy. This is one super-fun movie.