« Lords of Dogtown | Main | Me And You And Everyone We Know » 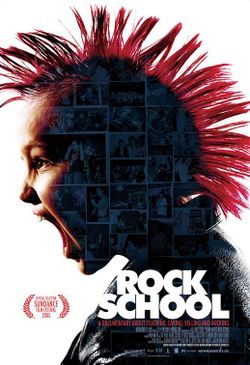 Paul Green is no Jack Black. The eccentric Philadelphia-based 32-year-old music teacher, responsible for teaching kids to perform rock in the idiom of Zappa, Zeppelin and Pink Floyd, is a much scarier creature than Black's creation for "School of Rock." Music-teacher Green is shown with warts and all in Don Argott's snappy documentary as the film's subject whips his students into shape by screaming, cursing, and pushing them to learn their challenging rock songs. For all of his questionable methods, Paul Green gets results that are gloriously revealed when he takes a group of students to perform the difficult music of Frank Zappa at a Zappa festival in Bad Doberon, East Germany. As Green himself points out, "the fact that the movie got an "R" rating because he curses a few times says a lot about the society we live in."

Listed below are links to weblogs that reference Rock School: