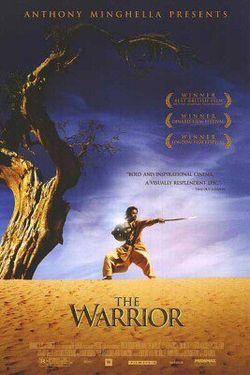 In ancient Northern India, a warrior to a brutal warlord has an epiphany that he should never pick up a sword again after he leads a barbarous massacre through a small village as revenge for unpaid taxes.

As a single father to a handsome young boy, the warrior attempts to protect his son and himself from the warlord's mercenaries who hunt them. Irfan Khan is the charismatic actor who plays a simple man on a quest to turn away from a doomed life of violence in favor of a peaceful existence.

"The Warrior" is a timeless and lyrical movie set against the stunning beauty of the Himalayan Mountains. Watch it on a big screen.