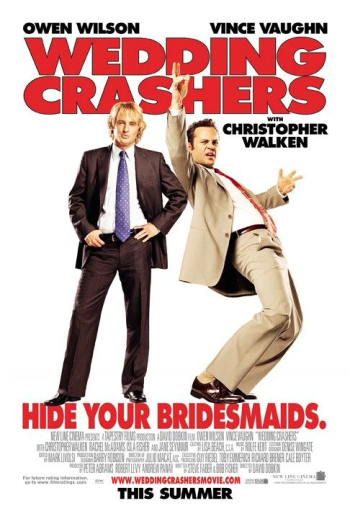 Vince Vaughn commits rampant acts of comic zeal while the script around him crumbles in a movie that loses its thrust like a cat caught in traffic.

Jeremy Grey (Vaughn) and John Beckwith (Owen Wilson) are a couple of enduring bachelors who live for the spring and summer wedding season to hone their cocksmen skills with unsuspecting bridesmaids.

The movie works best when its comic set pieces turn embarrassingly blue amidst social surroundings — like in churches, or at a prominent family's dinner table. However, first-time screenwriters Steve Faber and Bob Fisher lose track of worthy secondary characters while extending extraneous narrative threads toward anticlimaxes.

Will Ferrell makes an irritating appearance as a sex hound named Chaz Reinhold who picks up women at funerals during the movie's least inspired subplot addition.