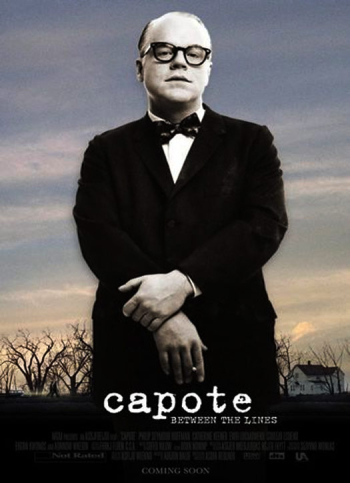 Philip Seymour Hoffman gives a tour de force performance as Truman Capote in a film that matches Hoffman’s authentic representation by way of its precise scope and immaculate execution. Director Bennett Miller focuses on Capote’s determination to write a "non-fiction novel" as a genre–revolutionizing device to elevate himself as a public figure of literary excellence alongside Tennessee Williams.

Hoffman's Capote uses his fey manner and whiny voice to neutralize obstacles in his path to get close to the men accused of killing a wealthy family in Holcomb, Kansas. With drink as a constant companion, Capote goes so far as to hire attorneys to arrange a stay of execution for the men so he can get more information for his book. 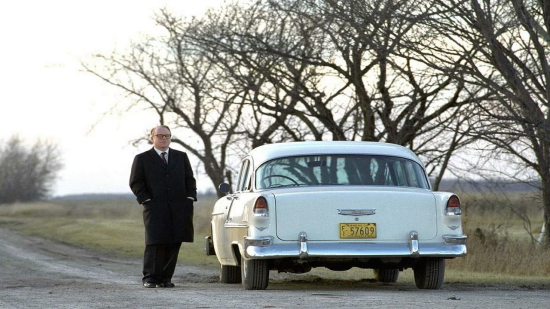 He even strikes up a semi-romantic relationship with murderer Perry Smith (Clifton Collins Jr.). The movie covers the six-year period that Truman Capote worked on "In Cold Blood." The time spent contributed equally to Capote's fame and demise. "Capote" is a rare film of uncanny depth and insight.