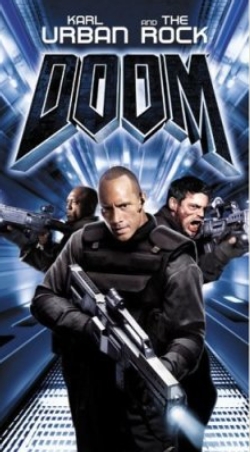 "Doom" is further evidence that movies should not be made as a byproduct of a video game. Set on Mars, the threadbare story follows a group of sci-fi Marines sent to "search and destroy with extreme prejudice" anything that moves at an archeological outpost called Olduvai station. With a complete lack of suspense the movie involves plenty of gratuitous gore and violence regarding mutating aliens that infect everyone in the outpost. Roger Ebert put it best, "Doom is like some kid came over and is using your computer and won't let you play." Message to Hollywood, "Stop doing the thing that it is that you are doing with video-game-based screenplays. If you stop buying the scripts, the screenwriters will focus on another genre."

Posted by Cole Smithey at 03:13:45 PM in Action/Adventure

Listed below are links to weblogs that reference Doom: