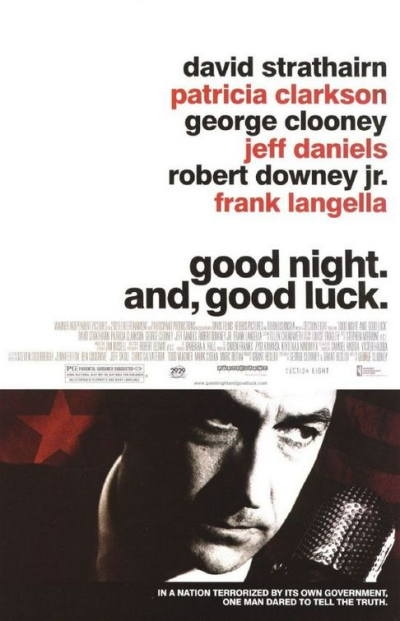 George Clooney knocks the ball out of the park with his second directorial effort — behind "Confessions Of A Dangerous Mind" — about newscaster Edward R. Murrow’s public confrontation with Senator Joseph McCarthy when the diabolical Senator was ruining lives and careers under a banner of an anti-Communist ideology.

In rich black and white, the film uses a limited number of locations to convey Murrow’s insular world of newsroom television from which he spoke directly to 40 million Americans every night. 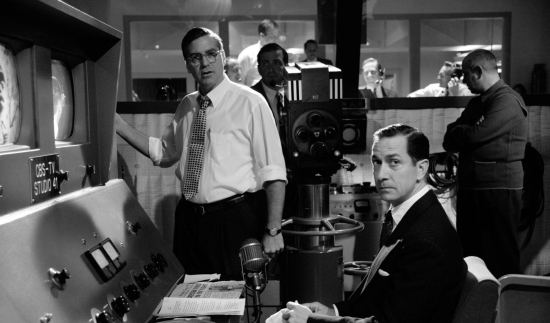 David Strathairn gives a flawless performance as the stoic Murrow. Fascist Joe McCarthy is allowed to play himself through television monitors that display his archived antagonism in the same way Americans apprehend George Bush’s incessantly sarcastic delivery that drips from his every word. 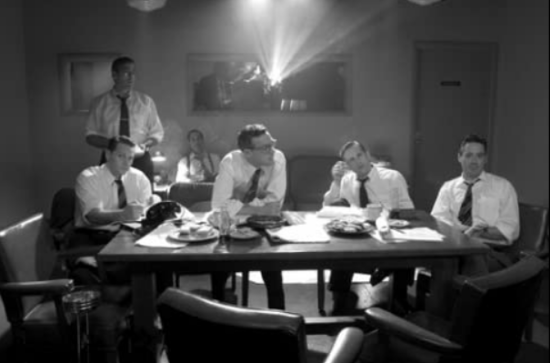 Clooney’s rigorous attention to detail presents the audience with a consummate example of the media speaking truth to power via one honest man with more integrity than any single person working in media or politics today. It's a lot to get your head around.

Posted by Cole Smithey at 01:09:29 AM in Agitprop, Classic Cinema, Drama, Political History