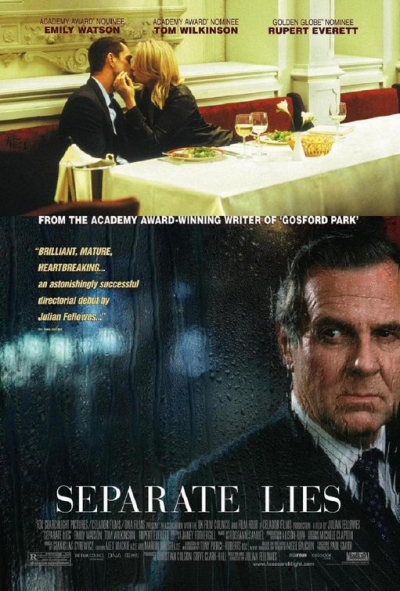 Tom Wilkinson and Emily Watson are impeccable as a wealthy British couple whose failing marriage spirals out-of-control when a hit-and-run accident leaves a bicyclist dead on a country road in this beguiling drama.

Screenwriter Julian Fellows ("Gosford Park") makes an impressive directorial debut with this adaptation of Nigel Balchin's novel "A Way Through The Wood."

Manning is forced to continually lower his strongly-held morals when facts to the terrible crime begin to emerge.

"Separate Lies" is a hearty mystery/drama that blooms as a succinct social critique of British aristocracy.

Posted by Cole Smithey at 11:38:13 AM in Drama, Literary Adaptation