« Two For The Money | Main | Elizabethtown » 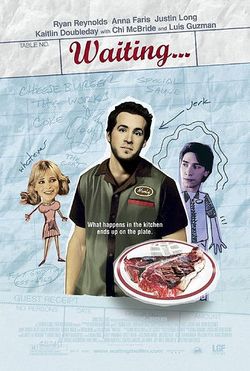 "Don't f*#k with people who serve you food" is the overriding message in this bawdy comedy about a quintessential crew of wait-staff and cooks at an all-purpose restaurant called Shenaniganz. Over the period of a single shift our zany underachievers engage in the kind of repartee and activities that the ego-crushing job demands. The raunchy humor will appeal to audiences who have at one time or another worked a wait job, but there's sass to the comedy that will affect anyone who's ever eaten out. Luis Guzman is especially funny as a sex-crazed head cook obsessed with a staff game that becomes a centerpiece of the film's humor.
Rated R. 97 mins. (C+) (Two Stars)

Listed below are links to weblogs that reference Waiting: