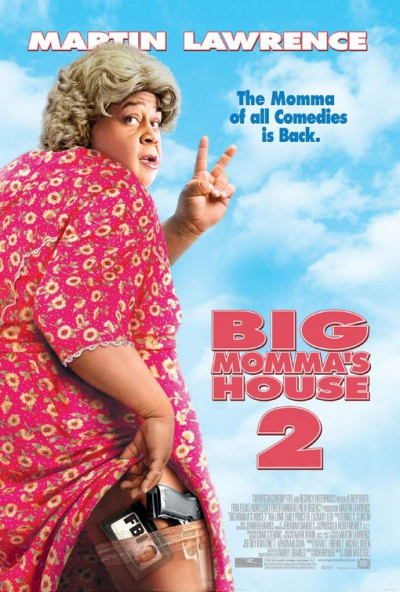 In the five years since "Big Momma’s House" Martin Lawrence ("Rebound") has appeared in a series of cinematic misfires that hits rock bottom with this flabby sequel.

FBI desk agent Malcolm (Lawrence) spends his married days dressing up like an eagle and informing school children on the dangers of electricity, before returning home to his expecting wife (Nia Long).

The murder of one of his mentors sends Malcolm on a self-directed mission to infiltrate the home of prime suspect Tom Fuller (Mark Moses).

Disguised as Big Momma, Malcolm gets hired as a nanny to the Fuller household where he teaches discipline to Fuller’s children and wife (Emily Procter).