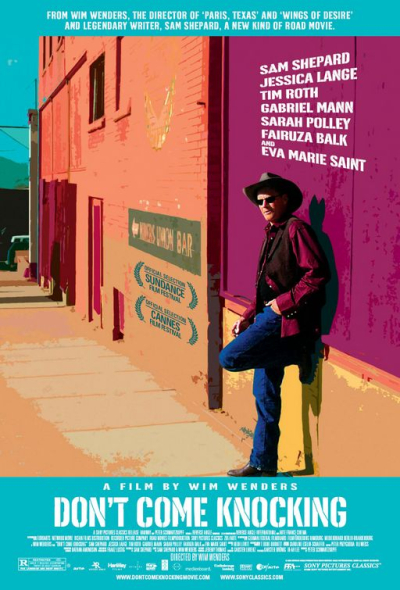 Written by Sam Shepard, directed by Wim Wenders, and starring Jessica Lange "Don’t Come Knocking" has the trappings of a rough hewn drama capable of something sublime.

However, the movie — about Howard Spence (Shepard), a washed-up movie star who discovers he may have a grown child from a past fling — gets bogged down in artificial atmospheric trappings that obscure the story’s layers of bittersweet subtext. 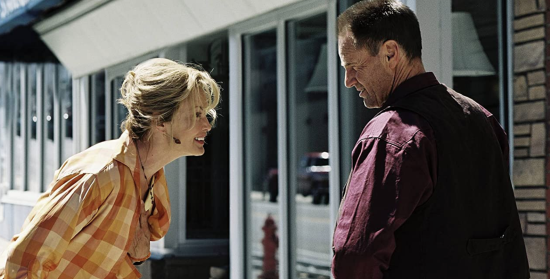 Spence sets off on a journey, not unlike Bill Murray's character in "Broken Flowers," to find his unknown grown child under the big sky of Butte, Montana where his former conquest Doreen (Lange) may hold answers to his quest. 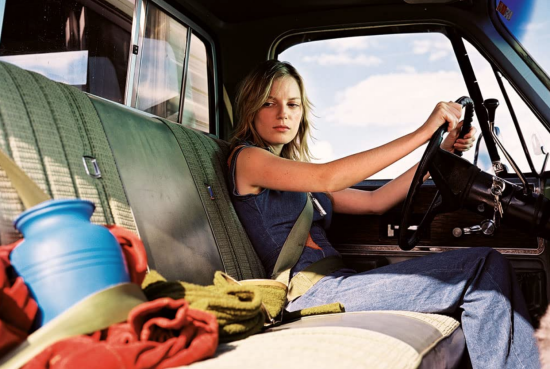 Apart from an extraordinary scene of attempted reconciliation between Shepard and Lange, "Don’t Come Knocking" is an inflated drama that lies stagnate on the screen. Visually, the film holds some charm. For his part, Sam Shepherd is interesting to watch. But still, the movie just doesn't come together.