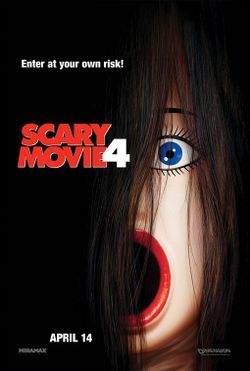 High production values and seemingly endless celebrity cameos only moderately elevate the scattershot satire of the Scary Movie franchise. Cindy (Anna Faris) and Brenda (Regina Hall) return to the series to bounce between mocking recreations of "War of The Worlds," "The Village," "The Grudge," and "Saw." Eye-popping sight gags, zany dialogue and silly behavior abound as Scary Movie’s goofy cast of shameless actors roast the plot and character restraints of four of Hollywood’s most dubious horror movies. Director David Zucker aspires to recreate the hilarity he created with his "Airplane" movies but fails at finding a sufficient narrative thread to hang his hit-or-miss punchlines on.

Listed below are links to weblogs that reference Scary Movie 4: