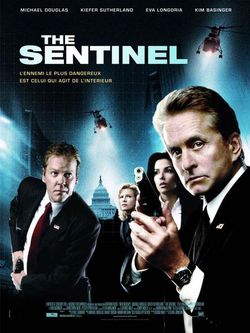 Michael Douglas goes through the motions of playing an action man in this plodding and pedestrian political suspense thriller. Pete Garrison (Douglas) is a veteran Secret Service agent having an affair with the first lady (Kim Basinger) when he’s framed for conspiring to assassinate the President (vapidly played by David Rasche). The movie unwinds like a loose spool of fishing line as Garrison’s former Secret Service agent protégé David Breckinridge (Kiefer Sutherland) tracks down his former mentor. An overly boisterous score by Christophe Beck hammers home every nonexistent emotional cue that screenwriter George Nolfi intended. "The Sentinel" is based on Gerald Petievich’s novel.

Listed below are links to weblogs that reference The Sentinel: