Who Killed The Electric Car? 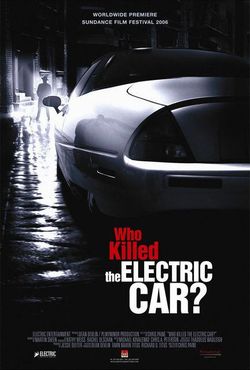 Forget everything you think you know about electric cars and discover this terrific documentary that exposes the real story behind General Motors' EV1 electric car that won the hearts of everyone who drove them when they were made available to a limited sector of the public in 1996 through a lease program. Director Chris Paine interviews automakers, legislators, engineers, consumers and car fans to solve the riddle of how and why the clean-running cars were repossessed and shredded by General Motors. The film shows how politicians on both sides of the isle conspired with oil companies and car manufacturers to rob our ecology of one of its most promising assets. Charlie Sheen narrates this entertaining and crucial movie.

Listed below are links to weblogs that reference Who Killed The Electric Car?: