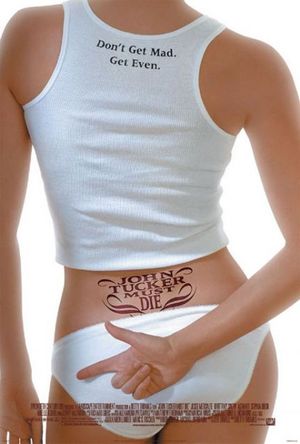 Residing high school jock king John Tucker (Jesse Metcalfe) gets his comeuppance from three drama queens that he dates and dumps when the girls conspire to ruin his reality and reputation as the school stud by breaking his heart with the help of school newcomer Kate (Brittany Snow). Heather (Ashanti), Carrie (Arielle Kebbel), and Beth (Sophia Bush) begin their smear campaign with a STD accusation before planting estrogen powder in Metcalfe's muscle powder, all the while getting him to desire the unobtainable new girl on the cheerleading squad. Designed as an ultimate revenge fantasy "John Tucker Must Die" is a moderately funny teen comedy with a few flashes of bawdy humor.
Rated PG-13. 87 mins. (C)

Listed below are links to weblogs that reference John Tucker Must Die :