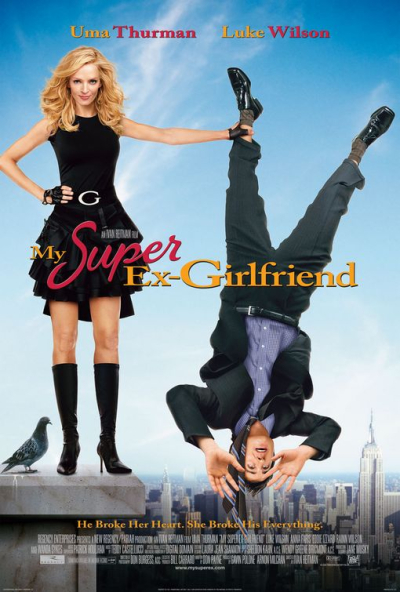 Uma Thurman is a romantically psychotic part-time Manhattan super hero in this scattershot romantic comedy from Ivan Reitman, the same director that gave us "Ghostbusters."

Architect Luke Wilson is initially thrilled to discover he’s dating a superhero before realizing that his affections point more toward his coworker Anna Faris. 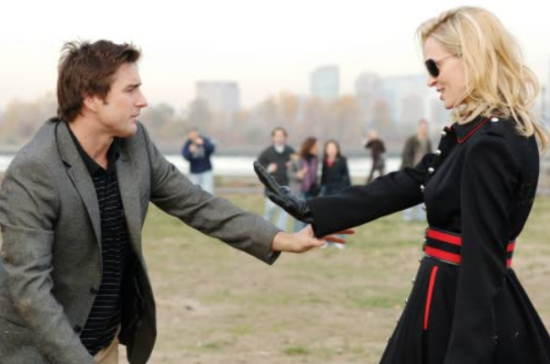 The film swings wildly between reckless bawdy humor, flat jokes and some surprising sight gag action sequences without ever gelling as a unified comedy. 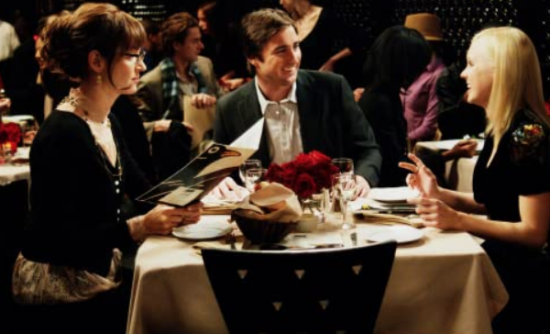 What probably should have been an R-rated movie, ala "The 40 Year-Old Virgin," comes off as a half-hearted attempt at poking laughs with unlikable characters. 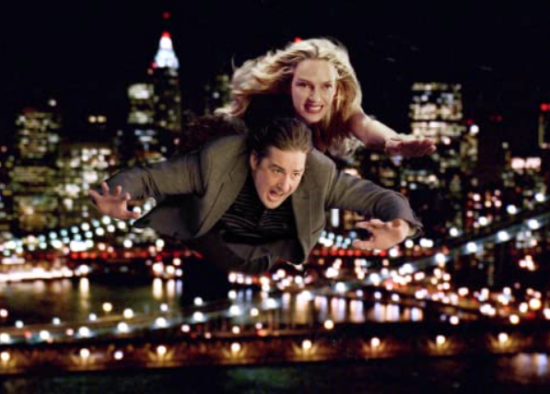 Even the ever-humorous Eddie Izzard fizzles in his role as a lovelorn villain.