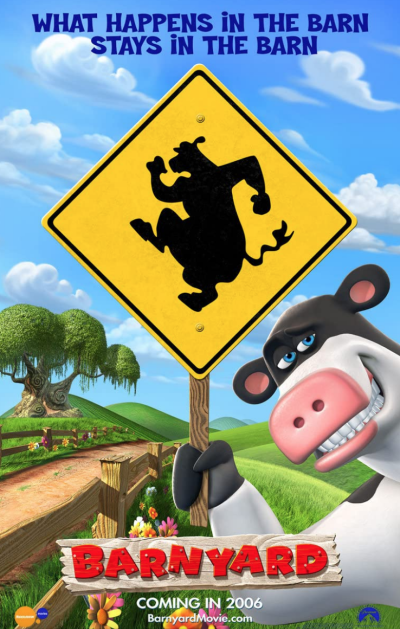 Criminal acts and scenes of brutal violence spoil the effect of "Barnyard" as an animated movie for tots.

A mythical one-man-operated farm is the setting for a cavalcade of animals to party like it's 1999 whenever the farmer isn't looking.

Elder cow Ben (Sam Elliott) is the elected leader of the farm animals and he dutifully protects them from the ever-attacking coyotes in search of their next meal. 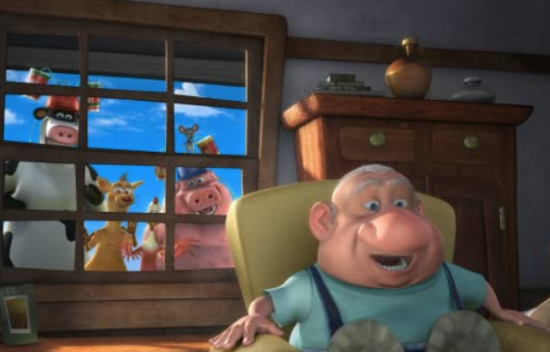 Ben's irresponsible son Otis (Kevin James) is forced to face up to his inherited role as barnyard leader when Ben is ravaged by the coyotes while Otis and the rest of the animals whoop it up in the barn.

Writer/director/producer Steve Oedekerk ("Patch Adams") smuggles a pro-military subtext into the script that scuttles the already drooping narrative with a sandbag of burden. 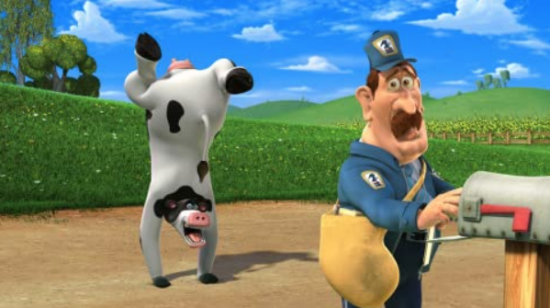 It's impossible to enjoy vocal performances by Danny Glover, Courteney Cox and Wanda Sykes because the movie is so skewed toward authoritarian attitudes and fear.

Posted by Cole Smithey at 09:05:38 PM in Animation, Children's Cinema