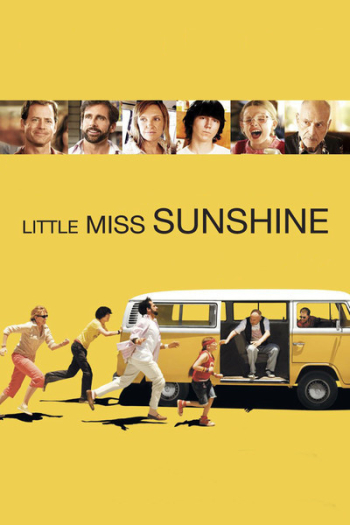 Husband-and-wife director team Jonathan Dayton and Valerie Faris depend on their gifted cast to enrich Michael Arndt’s synthetic script, but the outcome is a watchable, if pretentious, movie with minor laughs for those willing to go along for the ride.

Hyped for garnering the highest price of a film ever sold at Sundance, "Little Miss Sunshine" is the name of the pre-teen beauty pageant that the family drives from their home in Albuquerque, NM to Redondo Beach, CA to enter their youngest progeny in. Oh the utter whiteness of it all. This is the kind of movie that makes teenage inexplicably paint their toenails bight yellow.