THE SCIENCE OF SLEEP 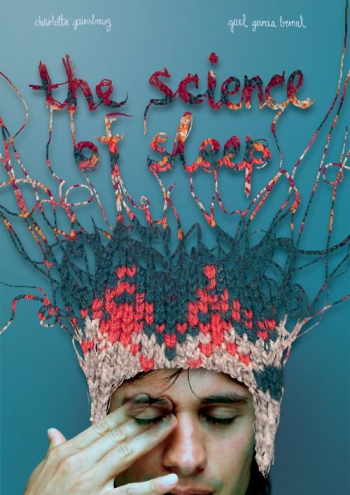 Navel-gazing director Michel Gondry ("Eternal Sunshine of the Spotless Mind") wears his developmentally arrested heart on his sleeve, on his pants, and on his forehead in the most self-indulgent movie of 2006.

Gael Garcia Bernal ("Babel") plays Stephane Miroux, an insecure and childish graphic artist who alternately woos, stalks, and terrorizes his neighbor Stephanie (Charlotte Gainsbourg) who has the misfortune of living in the same Paris apartment building that Stephane moves to from Mexico after his father’s death. Stephane’s crippling immaturity prevents him from pursuing a sexual relationship with Stephanie, so he substitutes arts and crafts overtures as a form romantic connection. Anemic, weirdly depressing, and tedious in the extreme, "The Science of Sleep" is an excruciatingly puerile cinematic experience that has nothing to do with science, sleep, romance, lust, or sex. Fuck this movie.