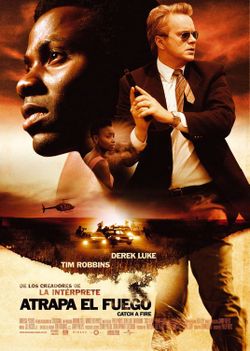 Australian director Philip Noyce ("Rabbit-Proof Fence") employs his razor sharp sense of cinematic storytelling against the real-life story of Patrick Chamusso (Derek Luke), an apolitical South African oil refinery engineer who joins a revolution against the violent apartheid regime after government goons torture him and his wife (Bonnie Henna). Tim Robbins plays Police Security Colonel Nic Vos who takes a personal interest in Patrick’s life after he releases the innocent man. Filmed on location in Johannesburg, Cape Town, and Mozambique "Catch a Fire" is an incendiary movie about an individual’s ability to battle a corrupt government system, and sheds light on how acts of torture polarize human beings and create terrorists.

Listed below are links to weblogs that reference Catch a Fire :