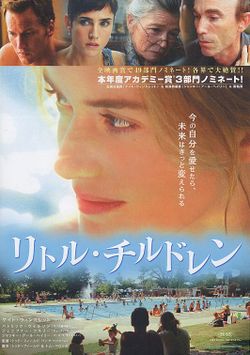 Director Todd Fields ("In The Bedroom") makes a career misstep with his sophomore film, an adaptation of Tom Perrotta's 2004 novel about the failings of a suburban neighborhood fraught with adultery and the underlying threat of a convicted pedophile (well played by Jackie Earle Haley) living at home with his mother. New mother Sarah (Kate Winslet) strays from her troubled marriage with the help of law student Brad (Patrick Wilson), a stay-at-home father fed up with his cold-but-attractive documentary filmmaker wife Kathy (Jennifer Connelly). Brad secretly discards his third attempt at passing the Bar in favor of daytime trysts with Sarah, and reliving his high school quarterback glories with a Wednesday night football team made up of cops. Brad’s football pal Larry (Noah Emmerich) annihilates his own marriage because he is singularly obsessed with terrorizing the pedophile. Bereft of a protagonist, the movie breaks down under the weight of absurd voice-over narration and an exploitative ending that is as indefensibly wrongheaded as it is cheap.

Listed below are links to weblogs that reference Little Children: