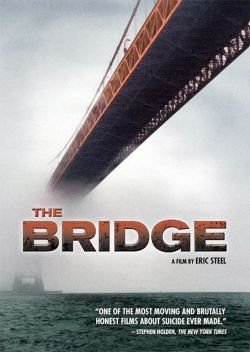 The documentary genre is the most accessible format for incipient filmmakers to cut their teeth on, but the template can backfire when a film’s subject is one as loaded as suicide. Rookie documentarian Eric Steel prepared by filming the world’s most popular suicide site, the Golden Gate Bridge, every daylight minute of 2004 using multiple digital cameras, before editing detailed footage of jumpers with interview footage of family members and friends of the deceased. Steel’s heavy-handed editing and emphatic use of poorly chosen music turns tragedy into exploitation as he utilizes actual suicides for dramatic tension and release. Steel never provides an essential context of comparing the Golden Gate Bridge with bridges equipped with suicide barriers, nor does he deal with San Francisco’s political disregard for the hazards that the bridge presents. You will never look fondly at the Golden Gate Bridge again after seeing this disturbing documentary by a filmmaker ignorant of the volatile narrative water that he dishonors. Here is a modern-day snuff film.

Listed below are links to weblogs that reference The Bridge :