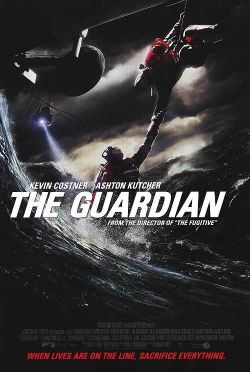 Kevin Costner plays Ben Randall, a flinty U.S. Coast Guard Rescue Swimmer legend relegated to teaching at the Coast Guard’s elite "A" School after he becomes the sole survivor in a deep sea rescue attempt gone bad. Cocky rescue trainee Jake Fischer (Ashton Kutcher) gets the chip knocked off his shoulder by Ben before the two become unlikely members of the same rescue team that will test both of them equally. Overlong, formulaic to a fault, and alternately boring or visually arresting, "The Guardian" is a pro-military propaganda movie from Hollywood that attempts to mask its agenda behind the life-saving rhetoric of Coast Guard rescue swimmers.

Listed below are links to weblogs that reference The Guardian: