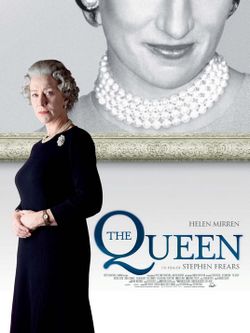 In "The Queen," Helen Mirren gives a tour de force performance as the reticent Queen Elizabeth II during the week immediately following the death of the "people’s princess" Diana in 1997. Director Stephen Frears masterfully blends archive news footage into the film to articulate the groundswell of public outrage over the Queen’s cold treatment of the tragedy that enabled the young Prime Minister Tony Blair to capture the imagination of Britain’s populace. Michael Sheen represents a thoroughly convincing Tony Blair, who usurped the reins of power from the Gray Monarch while the world mourned Diana’s death.

Listed below are links to weblogs that reference The Queen: