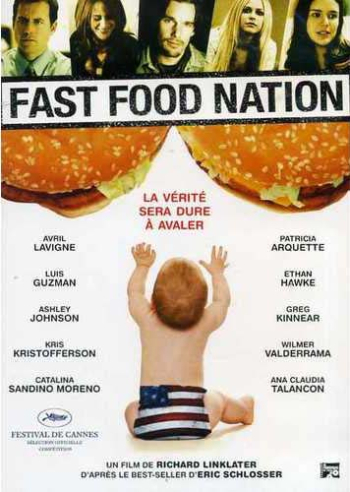 Director Richard Linklater adds biting social satire while striking a comic tone to insure that Schlosser’s social medicine goes down gently until the film’s disturbing reality-based anti-climax is revealed. Greg Kinnear gives a top-drawer performance as Don Henderson, the marketing veep for "Mickey’s," a successful fast food burger chain, who gets an assignment to covertly investigate why cow manure has been turning up in his company’s burgers.

Henderson’s road-trip-inquiry intersects with the brutal working conditions of illegal alien workers in a dangerous meat processing plant, rebellious teen employees at a burger franchise, and cattle supplier Harry (Bruce Willis) who tells Don, "We all have to eat a little &%#@ from time to time."