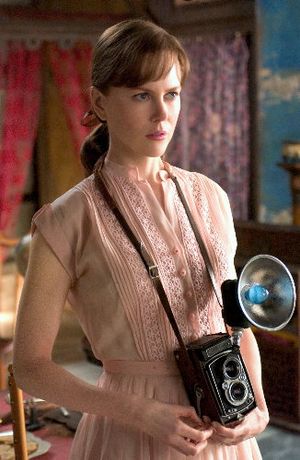 Director Steven Shainberg’s long awaited follow-up to his groundbreaking film “Secretary” is an anti-biopic that dares to read between the lines of its subject’s life rather than replay the common-knowledge events of photographer Diane Arbus’s life. Such examples of daring cinematic excursions are few and far between.

Screenwriter Erin Cressida Wilson (“Secretary”) worked from Patricia Bosworth’s esteemed book “Diane Arbus: A Biography” to create a thought-provoking tribute to Diane (pronounced Dee-ann) Arbus’s artistic awakening that transported her from a socially repressed daughter, wife, and mother to becoming one of the greatest photographic visionaries of the 20th century. Notable is Diane’s marriage to a commercial photographer (Ty Burrell) with very specific ideas about taking pictures.

The story kicks into gear when Lionel (Robert Downey Jr.), a new mysterious neighbor, moves to an upstairs apartment in Diane’s Manhattan building. Lionel suffers from a rare disease that renders his entire body covered in hair. Lionel exerts a spellbinding effect over the curious and cautiously ambitious Diane. 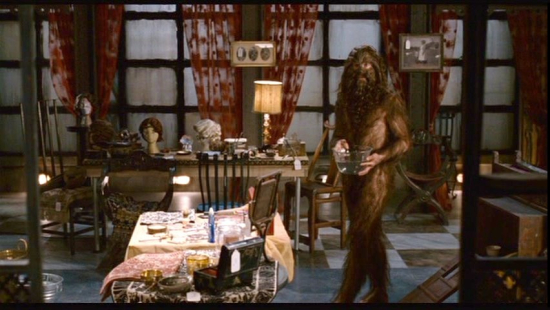 Only a few factual threads of Diane Arbus’s life comprise Shainberg’s adventurous tightrope narrative. The artist’s suicide (in 1971, at the age of 48) is left out of this life-affirming reverie of personal and artistic discovery.