« Tenacious D in The Pick of Destiny | Main | Apocalypto » 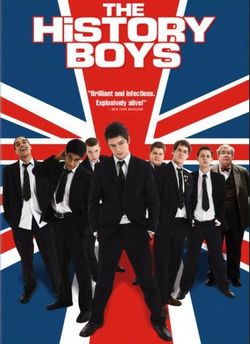 Nicholas Hytner ("Center Stage") directs a note-for-note film version of Alan Bennett’s wrongheaded stage play about a circa 1983 boy’s prep school in Sheffield, England presided over by Mr. Hector (Richard Griffiths), a pedophile general studies teacher. The cast from the theatrical production reconstructs their well-rehearsed roles as a group of eight flirty boys preparing for entrance exams to Oxford and Cambridge. Between motorcycle-ride grope sessions with his snarky students, the corpulent Mr. Hector tutors his class in random literary and historic topics even as the school employs a younger rival tutor (Stephen Campbell Moore) to instruct the pupils. In attempting to absolve the perverse actions of a teacher on the basis of his apparent tutoring skills, Alan Bennett has created a dubious work of fiction that is beyond empathy or humor.

Listed below are links to weblogs that reference The History Boys: