« A HISTORY OF VIOLENCE | Main | ABOUT SCHMIDT » 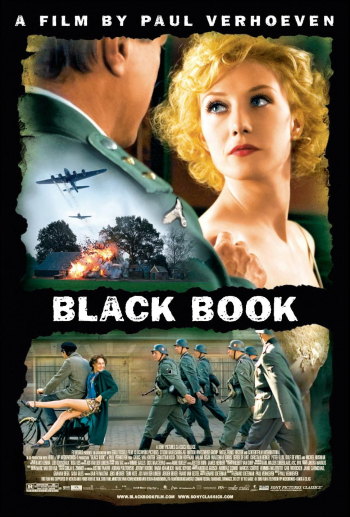 The film’s iconic title comes from a secret list of Dutch collaborators. Much of its success emanates from the nimble performance of its leading lady Carice van Houten. In the role of a once wealthy Jewish singer, who joins a Dutch resistance group after barely escaping a massacre that claims the lives of her family, van Houten plays Rachel Stein with a naive blitheness that registers as a tour de force portrayal of grace under enormous pressure. Stein represents a quietly contained moral code wherein romantic loyalty is as much a part of her physiology as her determination to exact retribution from those responsible for her family’s death. At once the most expensive and successful Dutch film ever made, Verhoeven created the fast-paced script with his well-aquatinted screenwriter Gerard Soeteman (co-writer on "Soldier of Orange"). "Black Book" is based on historical events researched from the Dutch War Museum and from scholarly publications over a period of more than 20 years. 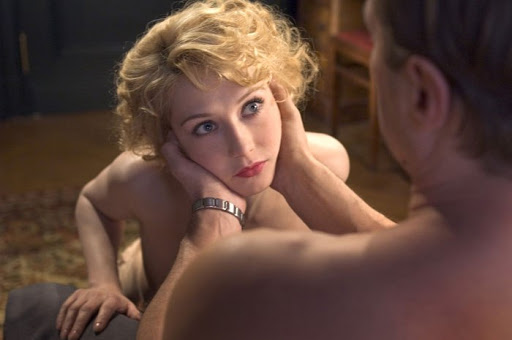 The story is bookended by scenes, circa 1956, on a Kibbutz near the Sea of Galilee where Rachel resides behind guarded barbed wire fences. A bus full of tourists momentarily reunites Rachel with a woman from her past that sends her into a reverie about an astonishing tale of survival. In September of 1944, a younger Rachel reads a bible while hiding inside a secret room in the rural safe-house of a Christian Dutch family. The gruff patriarch sets the tone for mealtime discussion when he announces, "If the Jews had listened to Jesus, we wouldn't be in the state we're in now."

Rachel’s poker face at the remark divulges her innate ability to disconnect emotions that might otherwise impugn her safety. Christian, Jew, Freedom Fighter, Nazi collaborator, traitor, avenging angel; Rachel will eventually take on all of these reputations while still maintaining her individuality as she shifts identities. At one point, a close associate calls her a "real Mati Hari" (the famous WWI Dutch spy). Verhoeven revels in exploring this image by building up and shattering Rachel’s many layers of personality. 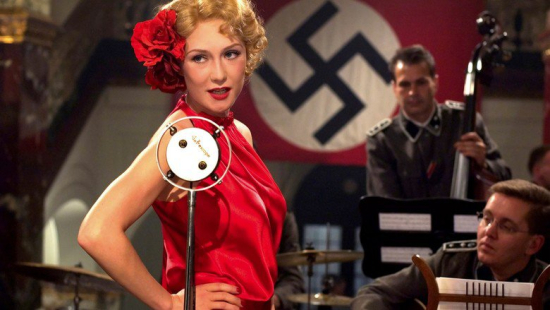 An allied bombing raid kills the Christian family, and sends Rachel into hiding with Rob (Michel Huisman) a young man she has only just met. Rob takes Rachel to meet a lawyer who secretly helps Jews escape into allied territory. He hesitantly agrees to help them if they will to gather all of their belongings and money for safe passage on a barge with other Jews. Rachel is briefly reunited with her family, but German forces attack the boat and she is left as its lone survivor after diving into the night water.

After being rescued by a Dutch resistance leader, Rachel is smuggled as a coffin-enclosed corpse to relative safety. Intent on avenging the murder of her family, Rachel dies her hair blonde, changes her name to Ellis de Vries, and proves her adaptive skills under pressure during an endangered gun smuggling mission that introduces her to Ludwig Müntze (Sebastian Koch) the head of the Dutch SD (sicherheitsdienst - the Nazi intelligence service).

Her brief connection with Muntze gives rise to Rachel being assigned to seduce the Nazi officer, stationed inside the Hague, after another gun running mission leads to the capture of several resistance leaders. Rachel dies her pubic hair blonde, and the scene allows for some signature Verhoeven sexual levity while detailing her carnal commitment to the resistance. It also prefaces glimpses of Nazi debauchery that Verhoeven accurately includes throughout. The assignment goes better than expected when Muntze takes Rachel’s tender bait and goes so far as to give her a clerk job under his command. Muntze admires the degree of her deception when he notices the dark roots in her hair, and continues with their affair knowing that she is Jewish. Herein lies the romantic twist that links a Jewish war orphan with a good German. 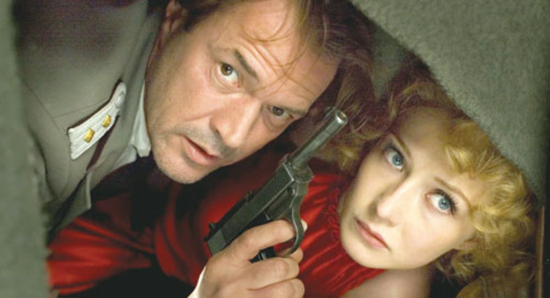 Rachel and Muntze are very different from the heroes and heroines of war-era and postwar propaganda movies. Their relationship exists in a pressurized bubble of ambiguity beyond each of their stated political goals. Stylistically, Verhoeven’s trademark Hitchcockian influence comes through in suspense scenes that put a lump in your throat. When Rachel bugs Muntze’s office so the resistance can plan their mission to release their comrade prisoners, Verhoeven takes full advantage of the highly charged situation.

Nothing is black and white. Verhoeven told Sight & Sound magazine that "the whole story is revisionism," so he had to "revise the revisionism to tell the reality." The triumph of the Dutch resistance turns the victors into brutes as vile as the Nazis that they depose. Rachel’s quest for revenge turns back on itself after she’s branded a traitor by the guerrilla movement, and she realizes that the people she trusted most were also guilty of insidious atrocities.

The film explodes the reality of war profiteers that lurk in the blind spots of both sides of the conflict. The immense amount of cunning that Rachel exhibits to undo her oppressors is nothing compared to the maze of artifice put in her way by the people to whom she remained loyal. The film is far more judgmental than it seems. When a resistance leader rescues Rachel after having 40 gallons of feces dumped on her by a gaggle of fellow prisoners, it’s only so he can get her alone to inflict a worse punishment. Only her lightness of spirit keeps Rachel alive, but when she finally exacts her long-delayed retribution, she no hero, no martyr, merely a lonely Jewish woman who will never be free. 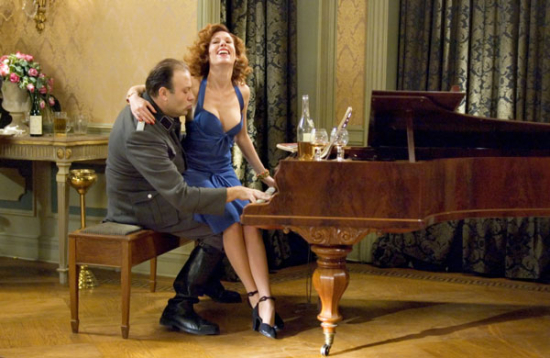 At 68, Paul Verhoeven is an artistic and intelligent director on a scale with Bernardo Bertolucci ("1900"). “Black Book” is the most dynamic achievement of the 25 films he’s made. For detractors unable to see beyond Verhoeven’s grand-scale failure "Showgirls," or acknowledge the brilliant satire of "Starship Troopers," "Black Book" might seem a bombastic flexing of narrative muscle. From composer Anne Dudley’s thundering musical score to cinematographer Karl Walter Lindenlaub’s sensational camerawork,"Black Book" is a wartime movie that embraces irony, action, sex, and tragedy as equal parts of a significant human struggle. Verhoeven uses theatricality to simultaneously balance the suffering without giving into sentimentality or preachy posturing. The Dutch director has learned from Hollywood how to better shape and pace a film, while still giving his characters room to breathe. The question is; what will Hollywood learn from Verhoeven.

Posted by Cole Smithey at 11:24:00 AM in Historical Epic, War, Women's Cinema