« THE ORPHANAGE | Main | YOUTH WITHOUT YOUTH » 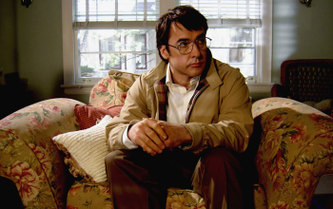 John Cusack turns in an understated performance as Stanley Phillips, a pro-war Republican family man stalling for time with his daughters to tell them that their career soldier mother Grace was killed in Iraq. Stanley takes his 12-year-old daughter Heidi (Shelan O'Keefe) and 8-year-old Dawn (Grace Bednarczyk) on a road trip to their favorite Florida theme park to bond with the girls before breaking the news. Stanley gradually comes out of his denial and accepts the responsibility of being a single father. Screenwriter James C. Strouse makes an able if flat directorial debut with a simple wartime drama that needed more dimension. This is what a movie without subplots looks like.

Listed below are links to weblogs that reference Grace is Gone: