« Trouble the Water | Main | I SERVED THE KING OF ENGLAND » 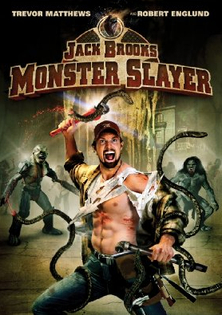 This old-school throwback to ‘80s era horror movies takes pride in the teen screams extracted by its goo-spurting, tentacled monster and his newly minted henchmen as they attack an unfortunate group of young college students. Plenty of blood-splattering gross-out fun, along the lines of "The Evil Dead," occurs as our anger-problem student Jack Brooks (Trevor Matthews) has to battle the forces of evil that turn his science teacher (Robert Englund) and fellow students into guts-for-glory monsters. The film’s obviously low budget doesn’t prevent the filmmakers from creating a zesty comically fueled horror flick, tailor made for gore-loving fans of the genre.

Listed below are links to weblogs that reference Jack Brooks: Monster Slayer: