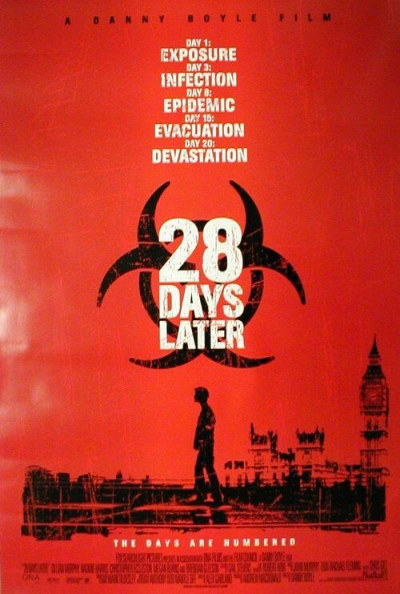 Horror movie fans will have something to crow about with director Danny Boyle’s post-apocalyptic “28 Days Later.”

A deadly blood-transmitted virus (called “RAGE”) has emptied London of its inhabitants when Omega man Jim (Cillian Murphy) awakens in a hospital bed from a coma to join up with a few other uninfected survivors in escaping the zombie-like corrupted inhabitants who pursue them. 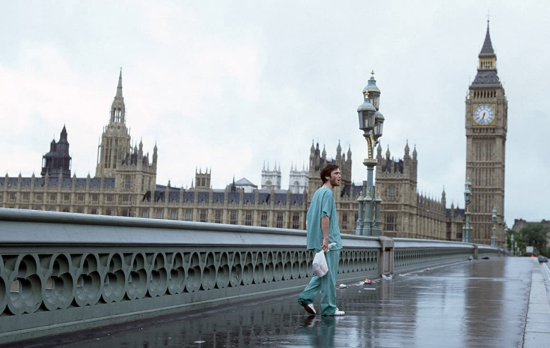 This “Dawn of the Dead” inspired chiller is strong on concept, style and brutally violent action, but suffers from poor musical scoring, and a digital video format that helped keep its budget at 10 million dollars. 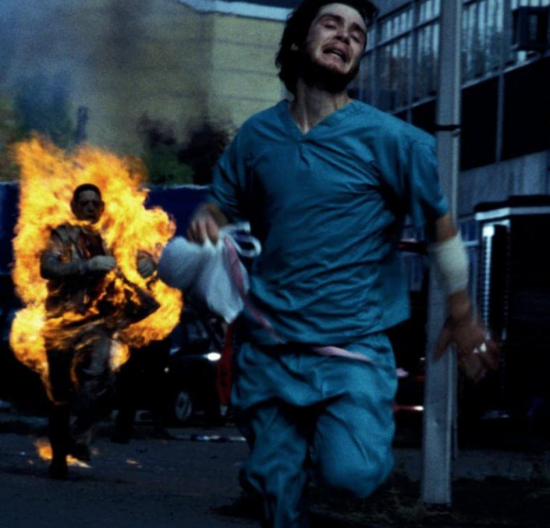 “28 Days Later” doesn’t compare to such milestone horror thrillers as “Seven” or “The Vanishing” (the original Dutch version), but it’s still the best nerve shocker to come around since “The Blair Witch Project.”