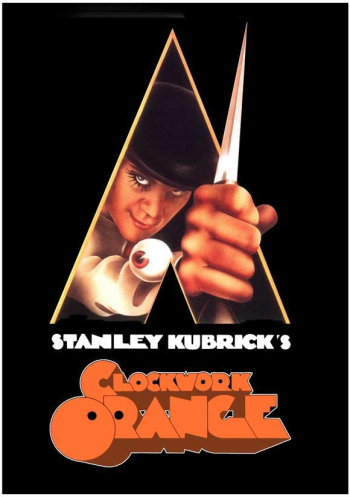 There is Stanley Kubrick's "A Clockwork Orange," and then there's everything else. Kubrick's visionary adaptation of Anthony Burgess's complex literary satire of crime and punishment is an earth-shattering cinematic experience that elicits an unprecedented visceral response from its audience.

This is a wild movie that can profoundly change an audience member.

The picture proved a crucial touchstone for significant cultural shifts in music and film. '70s era filmmakers like Francis Coppola and Martin Scorsese were liberated by Kubrick's visionary approach to style, form, and subject matter. As well, many aspects of the punk rock movement are directly attributable to the picture, and to McDowell’s attitude-driven character (see The Damned, The Sex Pistols, and The Dead Boys). 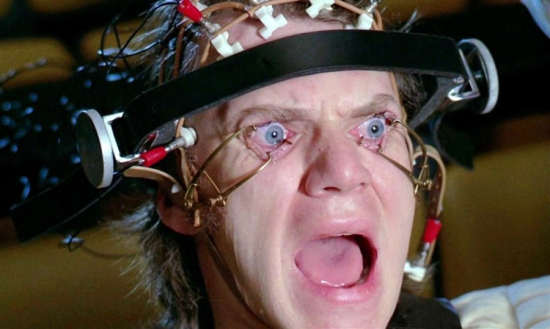 Malcolm McDowell plays British thug and sociopath Alex De Large. Alex wanders around a futuristic, economically ravished Britain where trash fills the streets, ostensibly due to garbarge worker strikes that did eventually occur during Margaret Thatcher’s regime. The atmosphere is a spitting image of the bleak socio-political landscape that gave rise to the British punk rock movement of the late ‘70s. 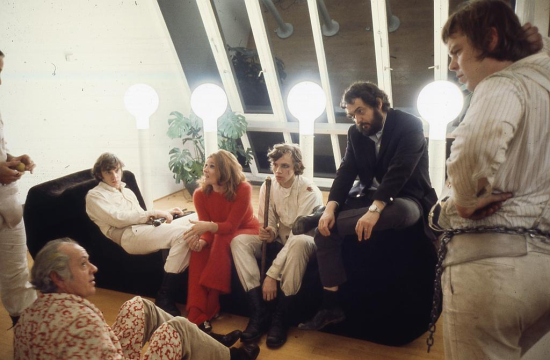 Alex lends welcoming narration to the audience that he calls "brothers" as he incites violence with a band of delinquent misfits (called "droogs") at his command. He could be a political hopeful. Alex gets imprisoned after viciously raping and murdering an upper-class woman in her home with a large plastic phallus intended by its owners as an ironic piece of modern art. Kubrick’s sarcastic futuristic set designs for the picture seethe with editorial subtext. 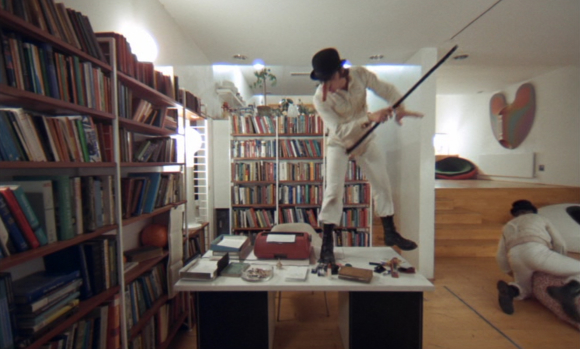 A scene involving Alex being "cured," with clamps holding his eyelids open, presents a brutal artistically infused portrait of torture. The proven effects of the treatment lead to Alex's eventual release into a society where he is repeatedly punished for his past transgressions — until he isn't. 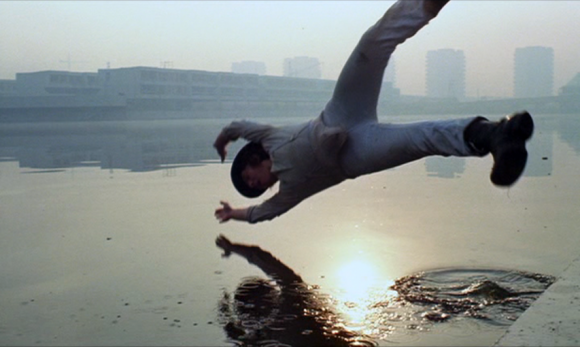 “A Clockwork Orange” is intoxicating in its use of tone, music, and paradox to excite and inform the viewer's imagination at a palpitating tempo. Everything comes as a dose of future shock for the voyeuristic spectator who is implicated in every criminal act of citizen and state that we witness close-up. We are all victim, killer, police, and legislator. Sleep on that, with your eyes open.