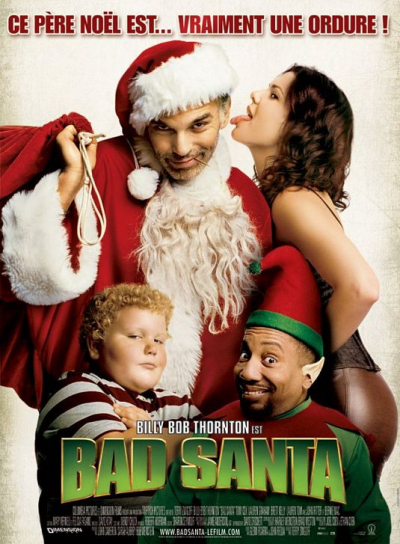 “Bad Santa” (by director Terry Zwigoff – “Ghost World”) is about two cynical smalltime thieves who disguise themselves as Santa Claus (Thornton) and his elf (Tony Cox) to annually rob different department stores across the country.

Willie Soke (Billy Bob Thornton) is a homeless antisocial alcoholic who takes up residence with an obese boy who believes him to be Santa Clause. 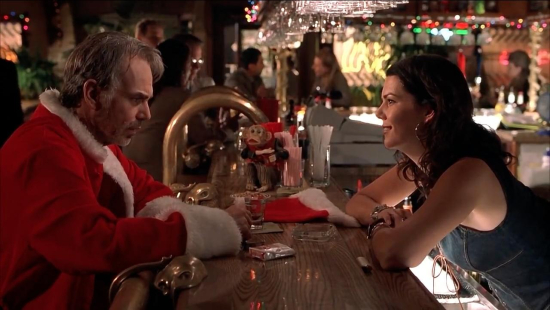 Through his father/son relationship with the boy, Willie realizes the importance of giving instead of taking. The movie revels in a gloriously pessimistic tone and manages a few brief moments of hilarity amid the satire.

While not a traditional Christmas story, “Bad Santa” strikes a major chord in its ridicule of modern America’s slipping ethics.

The late John Ritter makes one of his last appearances as a befuddled and humorous store manager and boss to Thornton’s inappropriate Santa. Cloris Leachman, Bernie Mac and Lauren Graham also lend their comic skills.