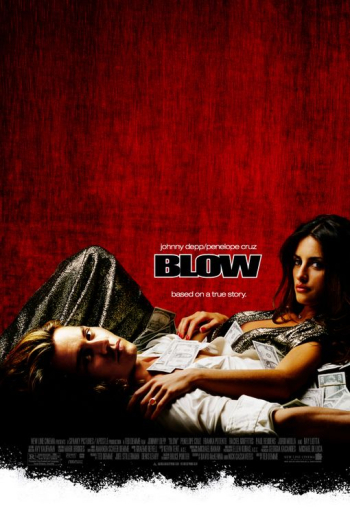 Although "Blow" carries a blurb noting that the "characters and incidents portrayed are fictitious," there’s no getting around the fact that its real life main character, George Jung (played by Johnny Depp), is currently sitting behind real iron bars for drug trafficking. Based on Bruce Porter’s book of the same title, director Ted Demme surgically exposes an intimate vision of the ‘70s and ‘80s Colombian cocaine cartels that overtook America through the money-hungry efforts of a small town kid who became one of the world’s biggest drug traffickers alongside drug lord Pablo Escobar. Part social expose and part biopic, "Blow" plays like a necessary predecessor to Steven Soderbergh’s "Traffic." Johnny Depp gives a spellbindingly naturalistic performance that puts a sympathetic face on a powerfully individualistic man unable to shake a world of crime that brought him immense riches and eventually cost him everything he cared
about.