« From Justin to Kelly: A Tale of Two American Idols | Main | Lipstick & Dynamite »

BRING ME THE HEAD OF ALFREDO GARCIA — CLASSIC FILM PICK 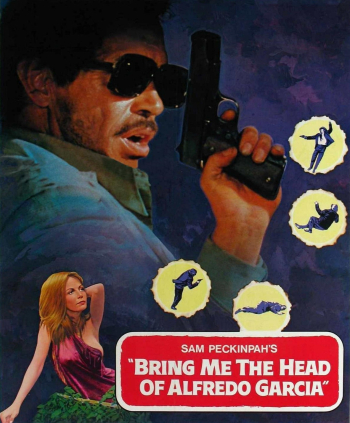 Fermented in a conflicted state of tragic romanticism, which is placed firmly in a no-man's land between liberation and capitalism, Sam Peckinpah's scathing political thriller is a movie that sticks in your mind's eye like a lingering sunspot.

Wealthy landowner El Jefe (played by an imposing Emilio Fernandez) calls for the head of the man who impregnated his daughter Theresa (Janini Maldonado). He publically humiliates and tortures Therese to give up Alfredo Garcia’s name. Alfredo was El Jefe’s would-be successor. El Jefe says of Alfredo, “He was like a son to me,” before offering “a million to whoever brings me the head of Alfredo Garcia.” The narrative’s classic underpinnings in opera are clear.

Independently made outside the dulling influence of Hollywood, Warren Oates renders Peckinpah's everyman alter ego as Bennie, an ex-pat piano player working for tips in a Mexican dive bar. Wearing sunglasses indoors, Bennie is a cool cat with a good gig. His prostitute girlfriend Elita (Isela Vega) sings with a small orchestra in a fancy hotel. Still, Bennie can’t help himself from but mistreating her. 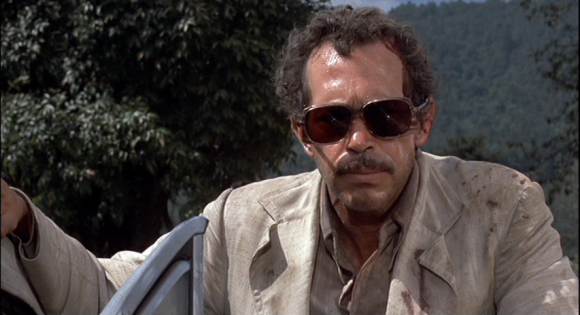 The dust-encrusted drama kicks in when a couple of slimy American hitmen (played by Robert Webber and Gig Young) start asking Bennie a lot of questions about Alfredo, or Al as he calls himself. Bennie plots with Elita to recover the cranium of the man who coincidentally loved Elita before dying in an accident. Although Bennie is unable to confess his love to Elita, their passion is evident in the mutual dream they share for living together once they recover the reward. Bennie doesn’t care that Elita gave him crabs; he’s at ease with her sexually-transmitted aliments.

Our anti-hero Bennie spends the film's second half lugging around Alfredo's head in a fly-swarmed blood-soaked canvas bag. The “head” can be read as a grotesque metaphor for the film canister that Peckinpah would lug around to deliver his latest movie product to greedy cigar chomping producers. 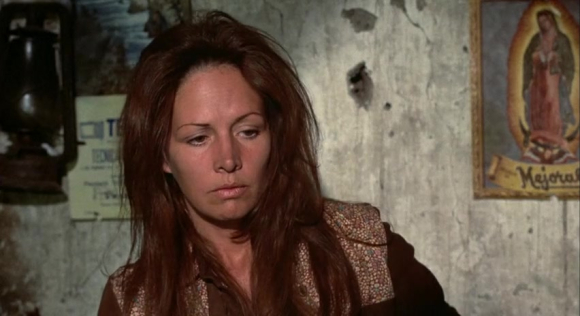 The scenes of Warren Oates defending against the pursuing hit men trying to kill him are substantial for his character's all-or-nothing attitude to an increasingly virulent condition of corruption closing in on him from all sides. “Badass” is an understatement for Bennie’s brand of fearless manhood. He’s an asshole, but you have to respect Warren Oates’s fascinating character in action.

"Alfredo Garcia" is an unapologetically contemptuous film that captures the essence of a dying breed of an American male identity — of which Sam Peckinpah was a card-carrying member. Peckinpah and Oates were American men made of hand carved hickory. You know it when you see it, but you don’t experience it very often, if at all anymore. 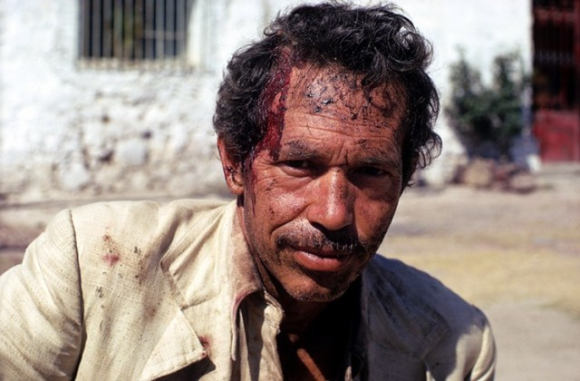