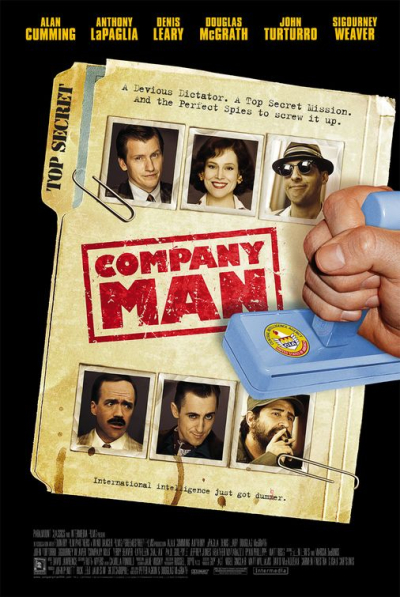 There’s an air of old-fashioned, if somewhat stale, innocence that hovers over "Company Man " as its singular saving grace for being merely a jumble of bland sketch comedy skits.

With a diverse cast that includes Woody Allen, Sigourney Weaver, John Turturro, and Anthony LaPaglia, this reckless political spoof pins its almost nonexistent plot on the 1961 Bay of Pigs invasion for wacky comedy to ensue. The movie barely makes it to feature film length before giving out its last gasp of warped comedy.