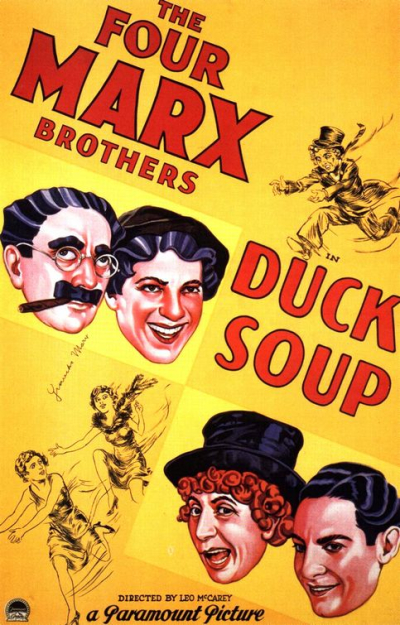 Leo Macarey's 1933 Marx Brothers movie was overlooked by audiences during its depression-era release but received a much-deserved re-release in the '60s that found a welcoming young audience. 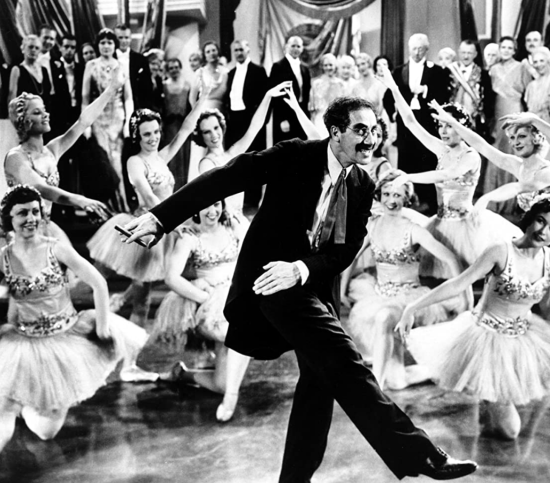 Groucho, Harpo, Chico, and Zeppo (in his last appearance) deliver their anarchic slapstick satire with a vengeance. Groucho's famously sung line, "If you think this country's bad off now, just wait 'till I get through with it," promises a kind of comic uproar that Hollywood can only dream of. 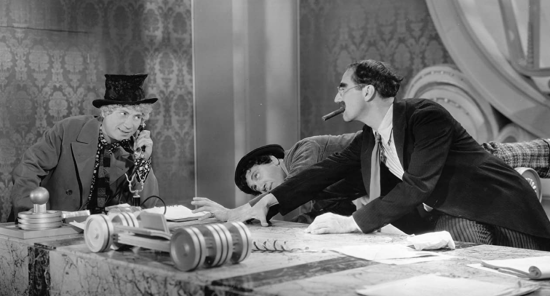 Watch for the famous "mirror scene" in which Harpo (dressed as Groucho) matches Groucho's every movement in a non-existent mirror — pure comic genius.