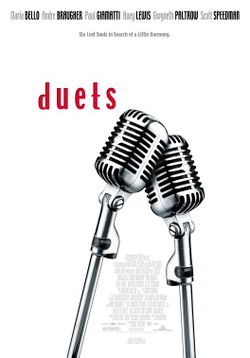 "Duets" is a frustratingly mediocre road movie that connects three unlikely pairs of people in the much maligned phenomenon of Karaoke singing as a metaphor for "finding the meaning of life" by sharing their interpretations of pop songs.

Ragged plot threads hang in a script incapable of juggling its six characters. Maria Bello ("Coyote Ugly") is the surprise at the bottom of the box as Suzi Loomis, a tough chick who hustles her way through life with sex — like a fisherman shucking oysters. Yep. 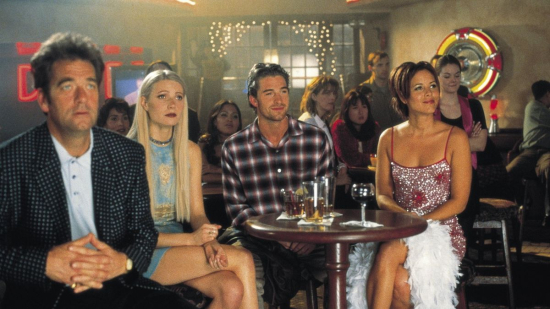 Gwyneth Paltrow looks like she’s acting in every scene, and although her climax duet of Smokey Robinson’s "Cruisin,’" with father figure Huey Lewis, is pleasing in a soft-soap music video kind of way, it’s not enough bang to compensate for the slow pace that precedes the scene. 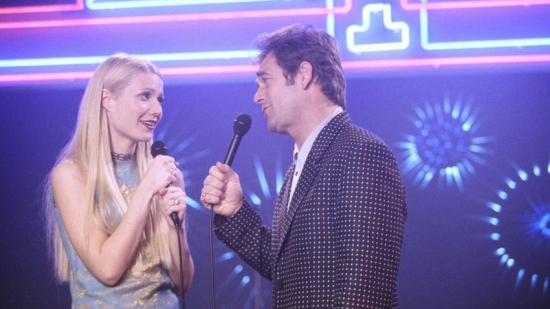 "Duets" shows Paltrow to be not yet up to snuff in the leading lady arena. She’s easy enough on the eyes, but there’s just no there.